Roy Williams pulls into a tie with Dean Smith in win over Yale, 70-67 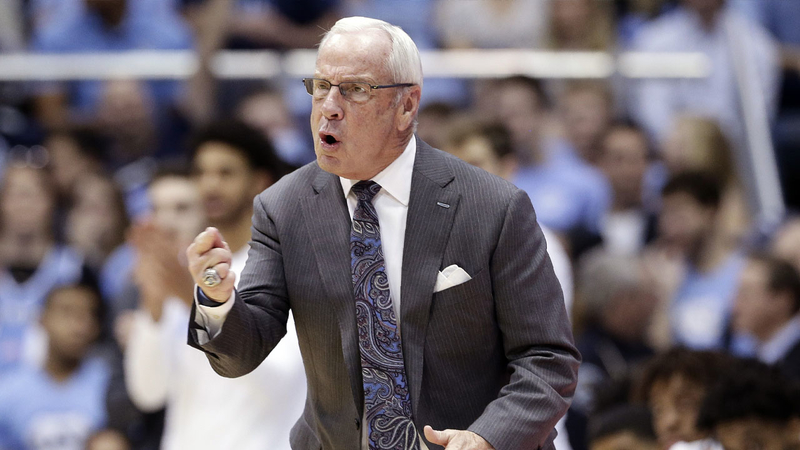 Roy Williams pulls into a tie with Dean Smith in win over Yale, 70-67

This win means more than some others for Ol' Roy. Roy Williams tied his mentor Dean Smith on the Division 1 all-time wins list. The two hall of fame coaches each have 879 wins, 4th most of all-time. Williams can pull past Smith if UNC can beat Georgia Tech on Saturday.

The man of the hour Roy Williams getting set to perhaps tie Dean Smith with 879 wins. 4th most all-time in Division 1. pic.twitter.com/yN6byxAVYJ

It was touch and go for the first 25 minutes. A 17-2 second-half run, including 11 straight by UNC grabbed the momentum for good. Brandon Robinson made four 3's and finished with a team-high 20 points.

The Tar Heels started the game on a snail-like pace. Yale scored the first 8 points as UNC misfired on its first four shots. The Bulldogs jumped out 11-2 and the Smith Center crowd was immediately getting frustrated. Garrison Brooks started an 8-0 run that sparked Carolina who charged in front. A Justin Pierce two-handed slam put the Heels up 7-points and UNC led 32-28 at the half.

Pierce, a grad transfer from William and Mary had 14 points off the bench in the win. UNC finishes the month of December 2-and-4.