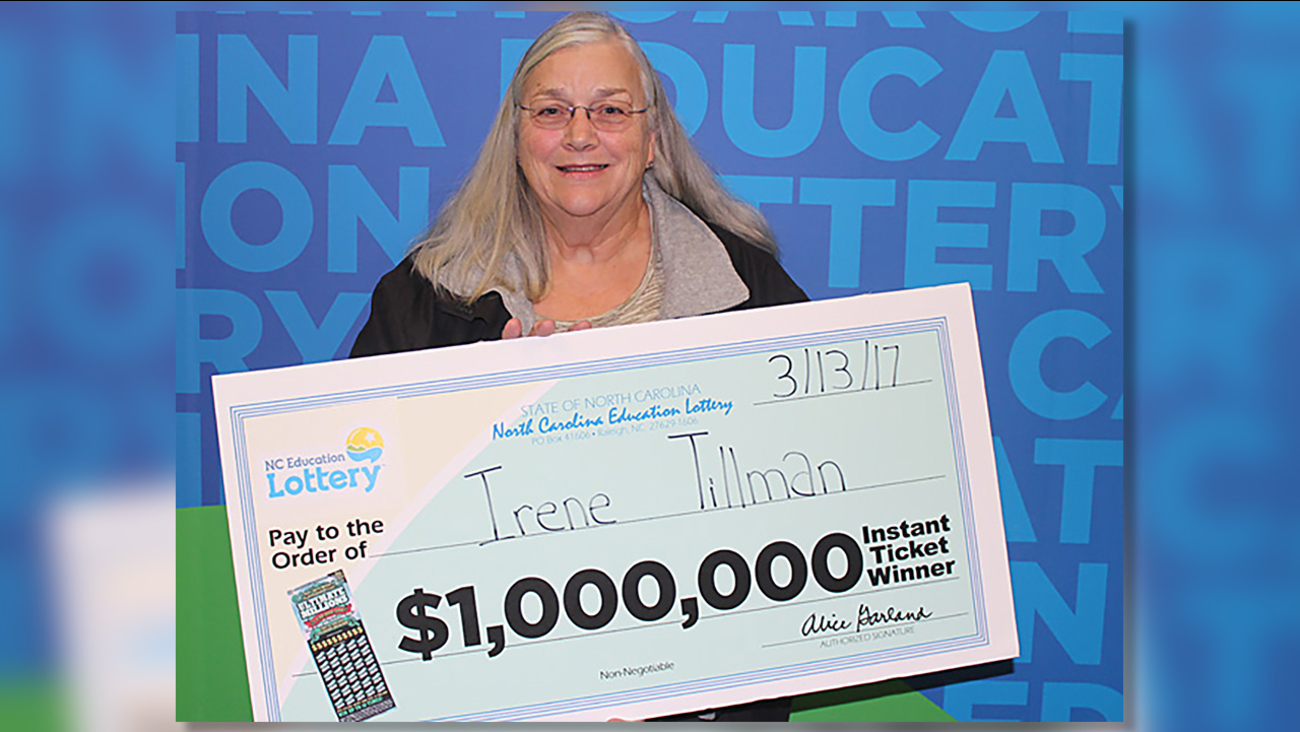 RALEIGH, North Carolina (WTVD) -- For more than 10 years, Irene Tillman of Goldston has been the mail carrier for Route 24 in Chatham County. It came as no surprise to her Saturday when the number "24" of her postal service route turned out to be the lucky number on a scratch-off ticket that won her a $1 million prize.