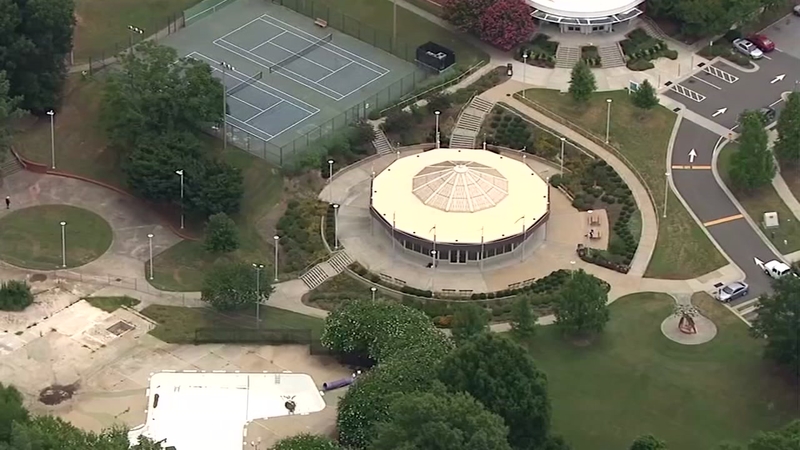 RALEIGH, N.C. (WTVD) -- Nearly five years after voters approved a measure that would allocate money toward the renovation of John Chavis Memorial Park in Raleigh, an empty pool and a deserted splash pad sit unoccupied.

The park is destitute of joy and happiness. It is devoid of children's laughter or the warmth of freedom that summer can provide.

"I got the kids out here, I might as well go have fun," said park visitor Charles Boston, from Garner. "So I'm like, let's find a park. And I thought I found this park because it sound like a whole whole lot of kids here. But come to find out, it won't!

"It's a reason why there's not more kids," Boston added. "But my kids get to play on everything. So it's a positive and a negative out here. But it does look grim. I don't understand why, but it is what it is."

So why the sad state of things? Especially after voters agreed on renovation plans for the park years ago. The answer is in the form of shrugged shoulders from the Raleigh City Council or as Boston put it: "Mostly politics."
In a June 18 City Council meeting, councilmembers were presented with four bids from contractors on park renovations.

City rules state councilmembers are mandated to accept the lowest and most responsive bid, which would have been TCC Enterprises. However, an internal report showed discrepancies and ambiguities in their proposal, which forced city leaders to withdraw TCC's bid.

The council's next challenge was weighing contingencies and cost beyond their control -- Monteith Construction's total cost of the project would have been closer to $18 million and well above budget.

"For right now, I ask that we hold this here at the table to give our attorney's office time to look at these contracts for these bidders to make sure we are legally compliant," Branch said Wednesday.

During the July 2 City Council meeting, the attorney's office concluded there was no issue in its legality of disqualifying TCC as a bidder. Councilmember Dickie Thompson, who will not be seeking re-election, proposed starting the bidding period over and accepting new bids within a small window. His proposal was met with opposition by Branch and other council members.

"I really firmly believe that we need to wait six weeks to rebid it," Thompson said.

The Council ultimately voted 6-1 to award the bid to Monteith Construction.

"I think it's we give Chavis Park it's due as a project that's been long ignored and far behind. I think we owe it to the community," Stewart said. "I want to make sure we get a stellar project out of Chavis just as we are some of our other facilities."

Branch agreed to use money from the Two-Thirds General Obligation Debt Capacity, General Capital Reserves, and the PRCR Capital Fund Balance to cover the above budget bid from Monteith Construction.