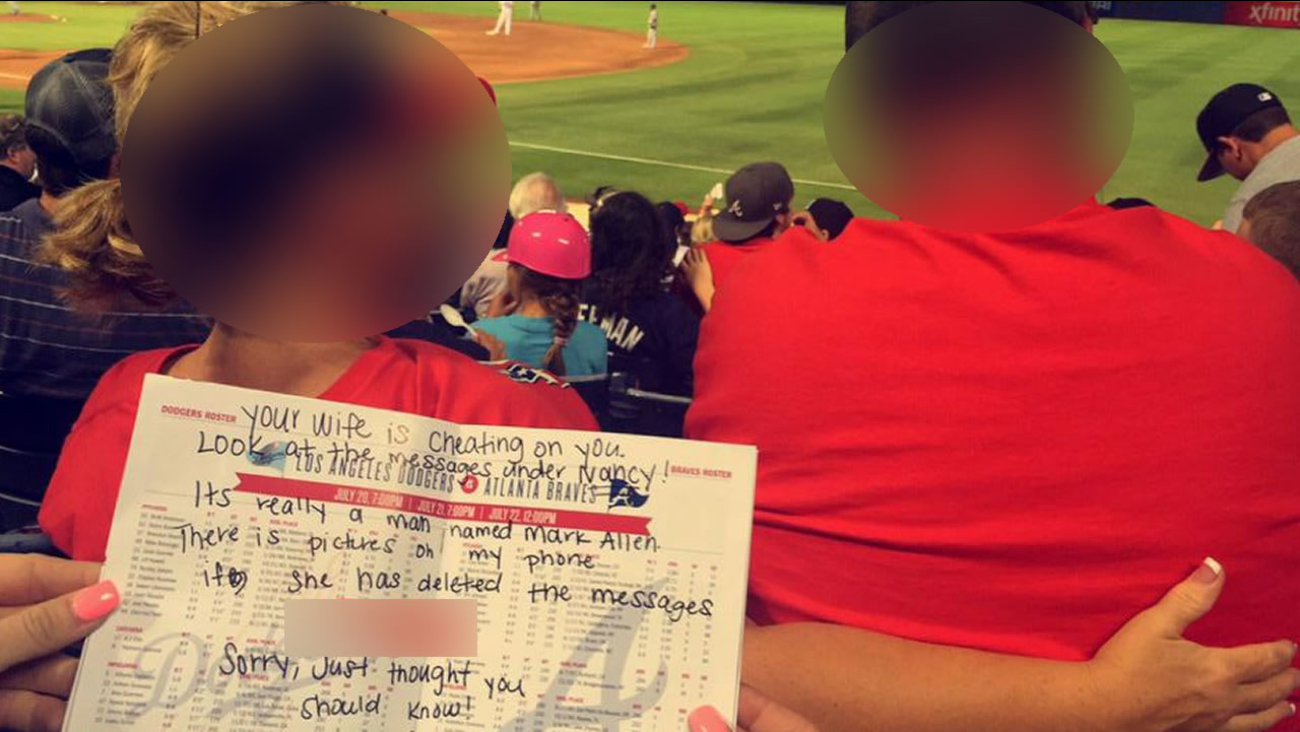 The sisters gave the husband a note.

RALEIGH (WTVD) -- Two North Carolina sisters created quite a stir on social media last week when they tweeted photos of a woman sitting in front of them at an Atlanta Braves game.

The two said they noticed the woman was sending explicit text messages on her cell phone to someone else while sitting next to her husband.

The sisters claim the man's name was saved in the woman's phone under the name "Nancy."

They began taking photos over her shoulder and tweeting her conversation.

The sisters started taking photos of the woman in front of them.

During the game, one of them wrote the husband a note telling him his wife was cheating. She urged him to look at the messages under Nancy and left her number offering photos if he wanted proof.

Even though many are cheering on the sisters, some have tweeted them saying they should mind their own business.