Raleigh chef to take the stage with rock band this weekend 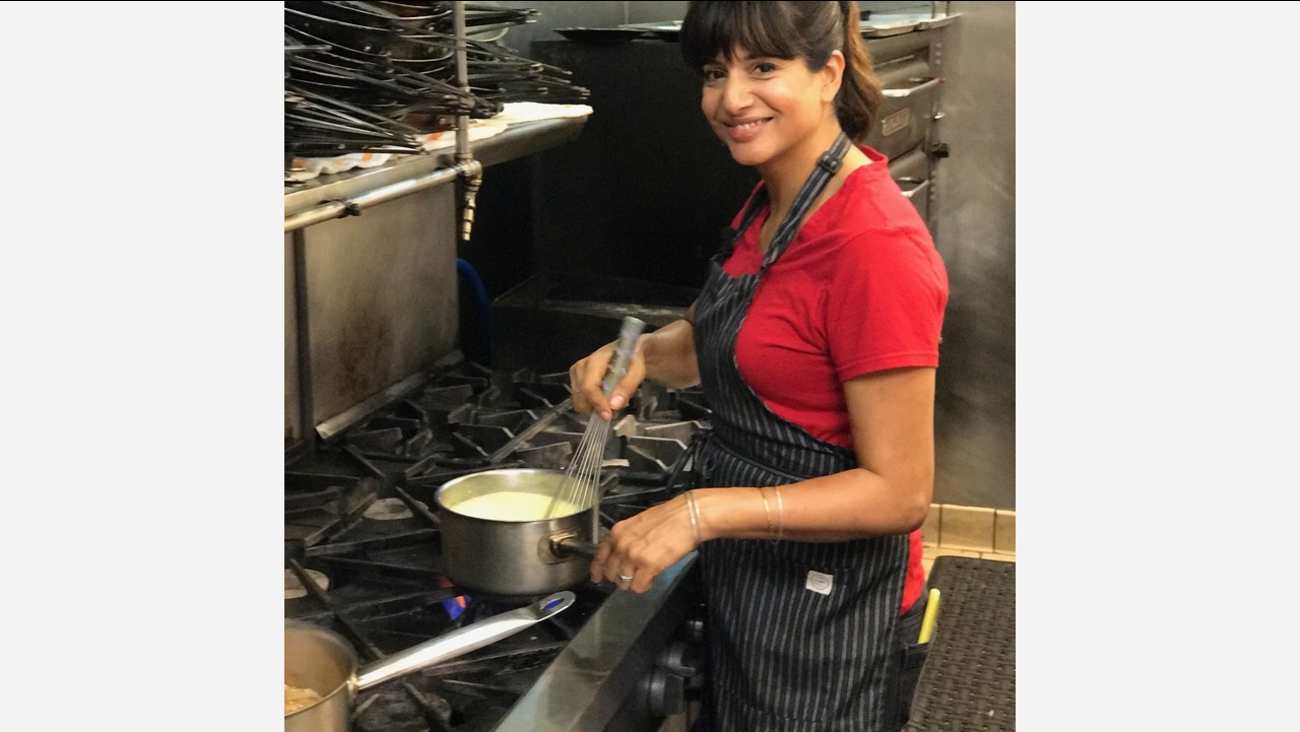 RALEIGH (WTVD) -- Garland's head chef Cheetie Kumar knows what it means to feed your passion, and for her, that involves just as much good food as good music.

When Kumar isn't in the kitchen, whipping up a creative new dish with locally sourced ingredients for her eclectic Indian and Pan-Asian restaurant in downtown Raleigh, she's practicing or touring alongside her husband and fellow lead guitarist, Paul Siler, with their rock band.

Here's a sample of what you may hear when Birds of Avalon takes the stage at the Y'all at Dix Park summer concert series:

Kumar is also co-owner of the live music hall, Kings, located above their restaurant on West Martin St., as well as Neptunes Parlour, a lounge in Garland's basement, serving up craft beer and cocktails.

If you ask her how she does it all, she'll tell you she's "still learning." But the James Beard Award nominee is a literal rock star chef thriving in a growing capital city with a competitive restaurant scene.

Kumar, originally from northern India, moved to America with her family when she was eight years old.

"Food was a way for us to sort of preserve our culture and also to assimilate with our new home," she said. "My mom was really creative and really fascinated by - or obsessed with - going to a restaurant or going to somebody's house and then recreating that recipe at home in her style."

Kumar, who would read cookbooks while on the road with her bandmates, ended up opening Garland in 2013, bringing a new twist to the traditional Indian dishes she always loved.

"We're gonna make a chutney that's a little bit spicy," Kumar said while peeling fresh peaches in Garland's kitchen, creating something special for Downtown Raleigh Restaurant Week. "It's literally a grilled cheese. So it's a Spanish cheese that we're wrapping in grape leaves and we grill it until it's warm and it's got some local figs and honey."

As an artist with passions competing for her time, Kumar confessed something always has to give. The restaurant takes priority for her and Siler, but she said she finds there's a lot of crossover.

"It's kind of like playing music," she said. "You want people with similar ideas but different strengths to work together for a common goal and hopefully it comes out harmonious."

As Birds of Avalon prepares to launch a new album in October, Kumar looks forward to hitting the road once again, touring and promoting the new tracks on 'Operator's Midnight.' However, she said it's always the thing she doesn't get to do that she ends up missing more: