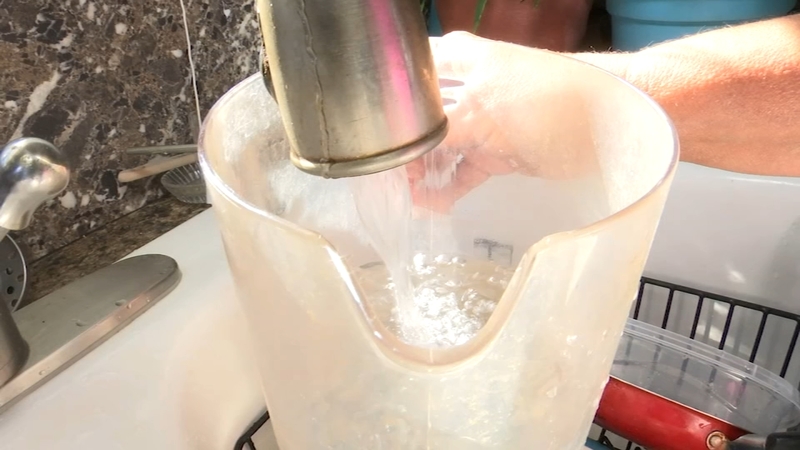 CUMBERLAND COUNTY, N.C. (WTVD) -- For the past several years, washing dishes has not been a simple task for Gray's Creek resident Kimberly Lee.

"I boil that water before I even wash a dish," Lee said.

The longtime local is one of hundreds of thousands of people between Cumberland County and Wilmington feeling the effects of GenX.

The man-made chemical is used to create non-stick coatings and was discharged by Chemours into the Cape Fear River for several years, according to state investigators.

That chemical is making its way into groundwater and Lee's community. She says her sister died after dealing with myriad health problems, one major issue stemming from a bad fall that involved dirt from her property getting inside an open wound on her leg.

"My sister developed these issues quickly and her life was gone in a matter of two years," Lee said.

Her sister contracted a serious bacterial skin infection known as cellulitis that she dealt with for the rest of her shortened life.

In recent years, Lee has dealt with breathing problems and had to shut down her dog breeding farm after five of her dachshunds got tumors.

She said she believes the GenX found in their soil and water is playing some sort of factor.

"To see these people walking around wondering if it's going to kill them, that, that's a hard thing to live with too," Lee said.

That is why Lee and more than 50 other people stood outside the Chemours' Fayetteville site on Saturday demanding to be connected to the municipal water system.

The peaceful protest also wanting the company to be more transparent with its water-testing numbers.

In an NC Department of Health and Human Services report, researchers still don't know the short or long-term effects GenX has on humans; however, they do know it can cause cancers in animals. Lee says that's an uneasy thought.

Chemours is paying a $13 million fine for civil penalties and investigative costs incurred by the state.