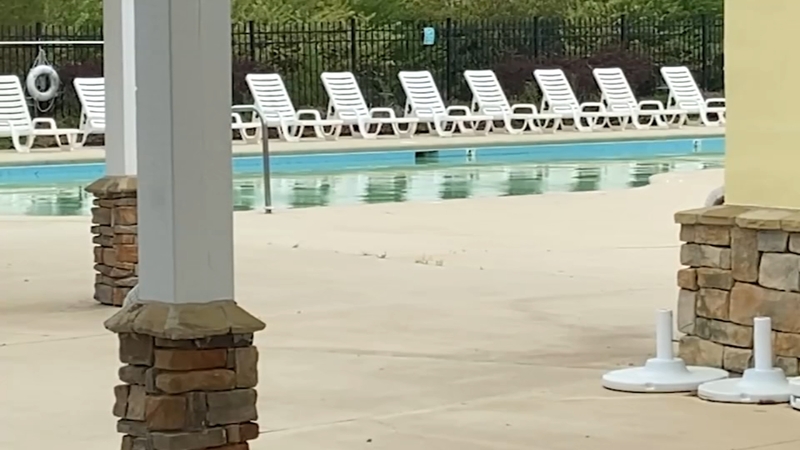 Raleigh 2-year-old dies after being pulled from swimming pool

RALEIGH, N.C. (WTVD) -- A child who went missing and was rushed to a hospital after being found in a swimming pool has died, authorities told ABC11 on Thursday.

Raleigh Police said Wednesday night that a mother reported her 2-year-old son as missing in the 3500 block of Pritchard Court. A search was set up and the child was found in the community pool several minutes later.

Police said the child was taken to the hospital in very serious condition but did not survive.

It happened in the McKinley Mill community.

"Just tragic for it to happen so close to home," said resident Jonathan Jones.

Jones lives a few houses down from the neighborhood pool. It's normally a place where fond memories are created. Jones' children spent many summer days swimming there.

"I kind of saw some police cars and ambulances outside the house. I came outside to look up the street and see what's going on," he said.

Another resident, Rhonda Moody, has lived in the community for 20 years.

"The big question is why was the child there by themselves? That is so uncommon," she said. "Usually families are at the pool. We just don't understand it."

ABC11 asked Grandchester Meadows, the community association management firm whether anyone was monitoring the cameras and whether they worked. We were told the company is working with police as investigations continue.

This tragedy comes as many public pools are gearing up to reopen for summer.

The McKinley Mill public pool is not slated to open until May 11.

"It just brings me to tears," said Moody.