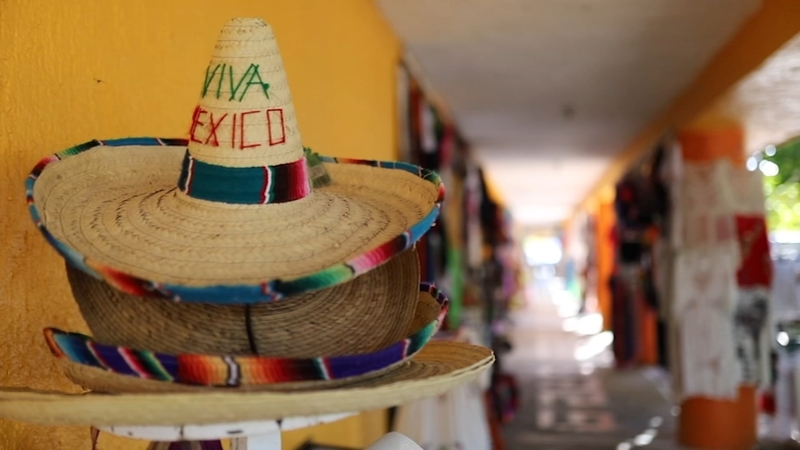 RALEIGH, N.C (WTVD) -- Cinco de Mayo certainly calls for celebration, but it doesn't celebrate Mexican Independence Day as some here in the United States seem to think. In this country, it's more about boosting business bottom lines while ignoring the cultural significance.

" It's not rare to see folks walking around with 'traditional' Mexican things like maracas, sombreros or serapes. That's really not what the day is about. It makes a mockery out of Mexican culture," said Orange County resident Eliazar Posada.

Raised in McAllen, Texas, near the border with Mexico, Posada didn't recognize the mass cultural appropriation associated with Cinco de Mayo until his grandmother's visit to North Carolina. The family was celebrating his brother's birthday at a local Mexican-themed restaurant.

"That's when she tells me. This is wrong. It's not what our culture is. I'm like what do you mean? I don't understand. I did some research and I was like...ah, I get it," he said.

Cinco de Mayo celebrates the first Battle of Puebla where the Mexican army defeated the French during the U.S. Civil War on May 5, 1862. The battle was fought in Puebla, Mexico. Once the French retreated, a celebration ensued and Cinco de Mayo was born. The day has been commercialized through the years as an American holiday with liquor companies advertising the celebration.

"It definitely is celebrated more in the United States than Mexico. In fact, if you went to Mexico right now, you wouldn't see anyone celebrating except in this region of Puebla where the battle happened," said Pedro Lasch, former director of Latin Studies at Duke University. "One of the most common misconceptions is Mexican Independence Day. Our Independence Day is celebrated on the evening of Sept. 15. The 16th is the day we have off. Nobody goes to work."

Local celebrations are ongoing. At Gonza Tacos y Tequila in north Raleigh, the so-called holiday is one of the busiest days of the year. Posada said the day should be commemorated as long as you know what you're celebrating.