Clerk attacked, tied up by 2 in Alamance County armed robbery

WTVD
BURLINGTON, N.C. (WTVD) -- Alamance County investigators are looking for two suspects in a violent robbery inside a convenience store on Monday morning.

One of the suspects was seen pointing a pump-action shotgun at the cashier at the Sandy Cross Citgo at 2073 N. NC Highway 49.

The other robber had a "1911-style handgun with a Promag extended magazine," the Alamance County Sheriff's Office said. 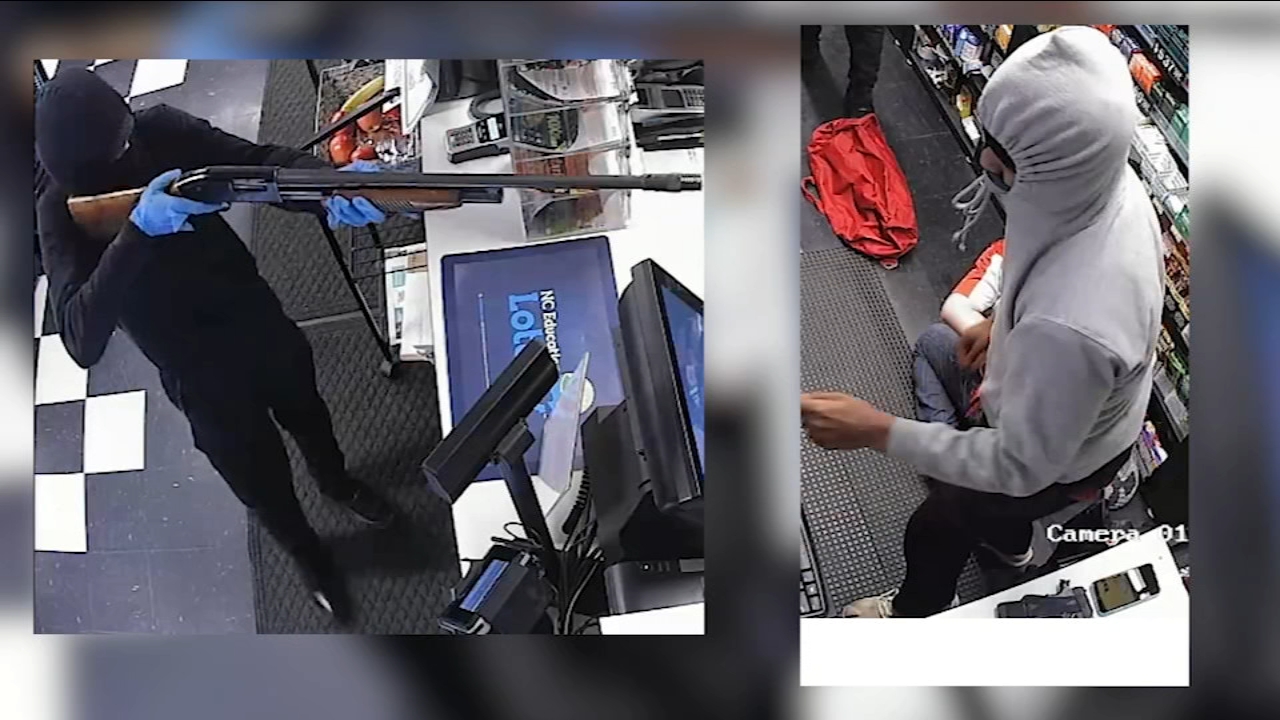 The cashier was struck in the back of the head with both weapons, the sheriff's office said, and the force of the blow caused the bottom of the magazine to come off and the spring to come out. Deputies recovered those at the scene.

The robbers tied the clerk's hands behind his back with a shoestring, stuffed cash in a red duffle bag and fled on foot going north on Highway 49.

The victim's cell phone was stolen but later recovered on Mebane Rogers Road at Donelson Way, just a short distance from the convenience store.

Anyone with information on the case is asked to contact the Alamance County Sheriff's Office at (336) 570-6300 or call 911.
Report a correction or typo
Related topics:
burlingtonncalamance county newsarmed robbery
Copyright © 2021 WTVD-TV. All Rights Reserved.
More Videos
From CNN Newsource affiliates
TOP STORIES