'He is absolutely one of the best coaches ever': Coach K speaks on passing of longtime Temple basketball coach John Chaney 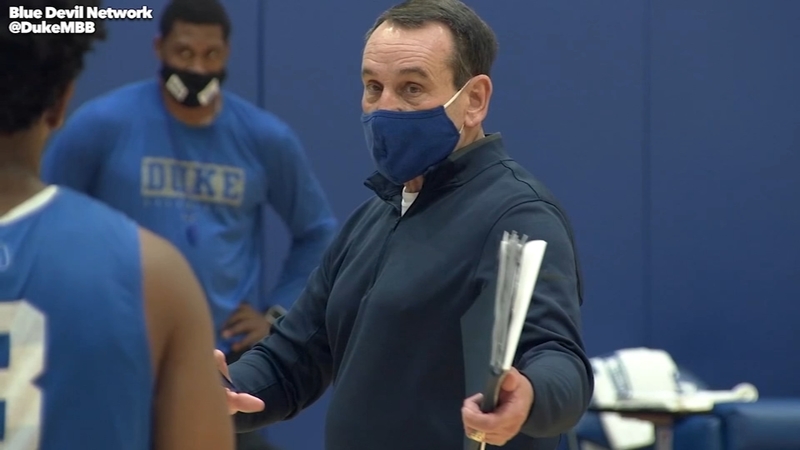 DURHAM, N.C. (WTVD) -- After a stunning win against Clemson, Duke men's basketball coach Mike Krzyzewski gave his condolences on the passing of a fellow colleague and friend John Chaney.

Chaney passed on Friday, Jan. 29 at the age of 89. The university said he died after a short, unspecified illness. He celebrated his birthday last week.

Both he and Chaney were a part of the same Hall of Fame class.

Prior to the game, the entire Duke men's basketball team held a moment of silence for the legendary coach.

"Our sport has lost some huge people recently and [Chaney] was as big as any," Krzyzewski said during the post-game news conference. "A lot of people don't realize, growing up, he was the best player in Philadelphia and never was afforded the opportunity to play because of segregation."

Krzyzewski's statements come a day after the university released a statement on the coach's behalf on Twitter.

Coach K on the passing of Hall of Famer John Chaney pic.twitter.com/wT3MyUTEyq

"He is absolutely one of the best coaches ever," he said. "He had to work his way through all of that [segregation] before going through Temple... He had to knock down a lot of barriers."
Kryzewzki noted many of Chaney's battles for the rights of African-Americans specifically in the late 80s and 90s.