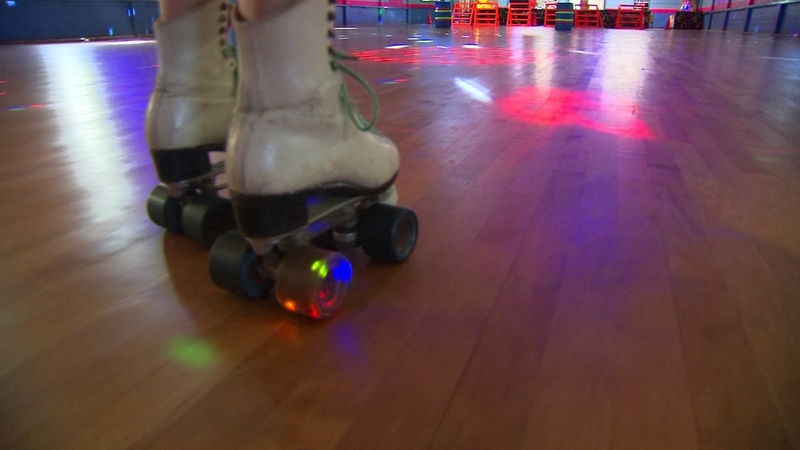 Denise Watkins, along with her brother, now own the family-friendly business which originally opened in September of 1958 by their father.

"My father told me that while he was building the facility, he would skate around the dining room table trying to learn how," Watkins said.

This year, the business is celebrating 60 years.

Looking back, Watkins said her father would grow from someone who couldn't skate to a talented dancer on wheels.

"I don't recall a time when I didn't know how to skate," Watkins said.

Through the years, she and her father would skate together.

"I know I look like a little fella, but actually that is myself skating with my dad," Watkins said while pointing at a picture.

For this skater, the rink is not just a passion, but a way to socialize.

And it also may be the place for love because she said many couples met at her parent's rink, including Glen and Sharon.

The rink has become a memory that is etched so deep inside of Sharon's mind, that despite her dementia, she calls this her happy place.

The rink is a place that second, third, and now fourth generations, Watkins said have come to love, a place where some have come into their own.

"This young gentleman is Bobby Rose," Watkins said while holding up a photograph. "He is now 45-years-old, but Bobby first came here when was about 12-years-old."

Rose has cerebral palsy, but that didn't keep him from learning to skate.

"When he came out here, he felt like this was king for him," Watkins said. "And it was."