WTVD
By Heather Leah
RALEIGH (WTVD) -- For the first time since 1970, when the first Gay Pride Parade in New York marked the anniversary of the Stonewall rebellion, the City of Raleigh has officially celebrated Pride Month.

With rainbow banners and Pride stickers decorating dozens of local businesses across downtown, and the unveiling of several new Pride murals on city walls and sidewalks, it's hard to imagine there was once a time when the LGBTQIA+ community had to hide in the corners of the warehouse district, with blackened windows to hide their identities.

"In those days, gay and lesbian clubs would leave a single, bare light bulb lit in their doorway. If you were part of the community, that was a signal that let you know the club was safe," said Marcia Margotta, recalling experiences of her youth in the 1970s and 80s. "Everything was 'underground," she said. "Just going into a gay club was a risk, because if you were seen inside you could literally be fired from your job."

In fact, several of downtown Raleigh's modern day restaurants, art venues and bars were once part of an underground culture that helped shape Raleigh's LGBTQIA+ community.

Underground in the Warehouse District

Prior to the 1970s, Raleigh's LGBTQIA+ citizens were culturally pressured into remaining "closeted." The strongly negative cultural association meant these citizens could risk losing their reputation, good community standing and even their careers. In worse scenarios, people who were discovered to be part of the LGBTQIA+ community might even face violence.

Gathering places for the LGBTQIA+ community were kept in run-down parts of town, often on the outskirts of the city. Kent Parks, a programming analyst for RTI International, recalls what it was like to live during these times.

"The gay and lesbian community was really underground, using codes and message boards to communicate with each other," Margotta said. "In those days, windows for gay and lesbian bars were kept blacked out to protect the identities of the people inside."

The LGBTQIA+ community had a hidden urban subculture of bars and restaurants, and were often persecuted by police raids. Simply attending an LGBTQIA+ bar was an act of defiance and rebellion and carried a certain level of risk.

In the 1970s and 80s, LGBTQIA+ bars were often more than just watering holes or dance parties -- they were places for community organizing. In this era, organizing was far less about obtaining "Marriage Equality," which would have seemed nearly impossible at that time. Rather, organizing was about pushing back against police raids, learning where to get AIDS testing, or gathering to plan a sit-in. In fact, in the 1960s, gay men were not allowed to be served alcohol in public.

Like in many other cities, Raleigh's warehouse district provided the ideal space for LGBTQIA+ bars, book stores, art venues, and other gathering places. In the early 1900s, these warehouses were built along the outskirts of the city, where passing trains could easily load up and drop off manufactured goods during our manufacturing boom. However, as the industrial era slowly trickled to an end, dozens of abandoned warehouses were left in the wake -- a perfect place on the edge of the city for a thriving LGBTQIA+ community to take root.


Godfathers of the LGBTQIA+ Community

"The Capital Corral (The CC) opened in 1976, the first gay club in the Warehouse District," said Parks. "Men like Paul Otto and Art Sperry were the godfathers of the gay community, who owned several pieces of property in the warehouse district. Paul branded The CC for years, and Art always used his buildings and lent out spaces for gay-friendly organizations."

"Those two men really jump-started the gay community in the 1970s," Park said. "They had a hand in almost everything related to our community growth at the time."

Where today stands VAE, an eclectic collection of unique local art that embraces the artistic spirit of the warehouse district, there once stood a place of critical importance to the LGBTQIA+ Community: White Rabbit Books & Things.

Jim Baxter managed White Rabbit Books & Things for many years, while also printing The Front Page -- Raleigh's first LGBTQIA+ newspaper -- from the store's back room. Just the mention of the name "White Rabbit" brings up a well of nostalgia for most LGBTQIA+ citizens who lived in Raleigh during the 1990s.

"Places like that were the heartbeat of the community," said Parks. "It was a place you could go and not feel alone; you could feel connected to your community. It was especially important for people under 21, who couldn't attend bars yet."

The bookstore also had a message board, which allowed subtle communications about upcoming social events, as well as community organizing for equality.

"The message board and publication also had practical information for the gay community," said Parks.

In a culture where asking questions about LGBTQIA+ resources could be risky, The Front Page provided a list of resources and answers, such as "Where is the closest gay bar?" or "Where do I get tested for AIDS?"

"For years bars were the only place we could find each other," said Parks. "Places like White Rabbit Books & Things changed that." 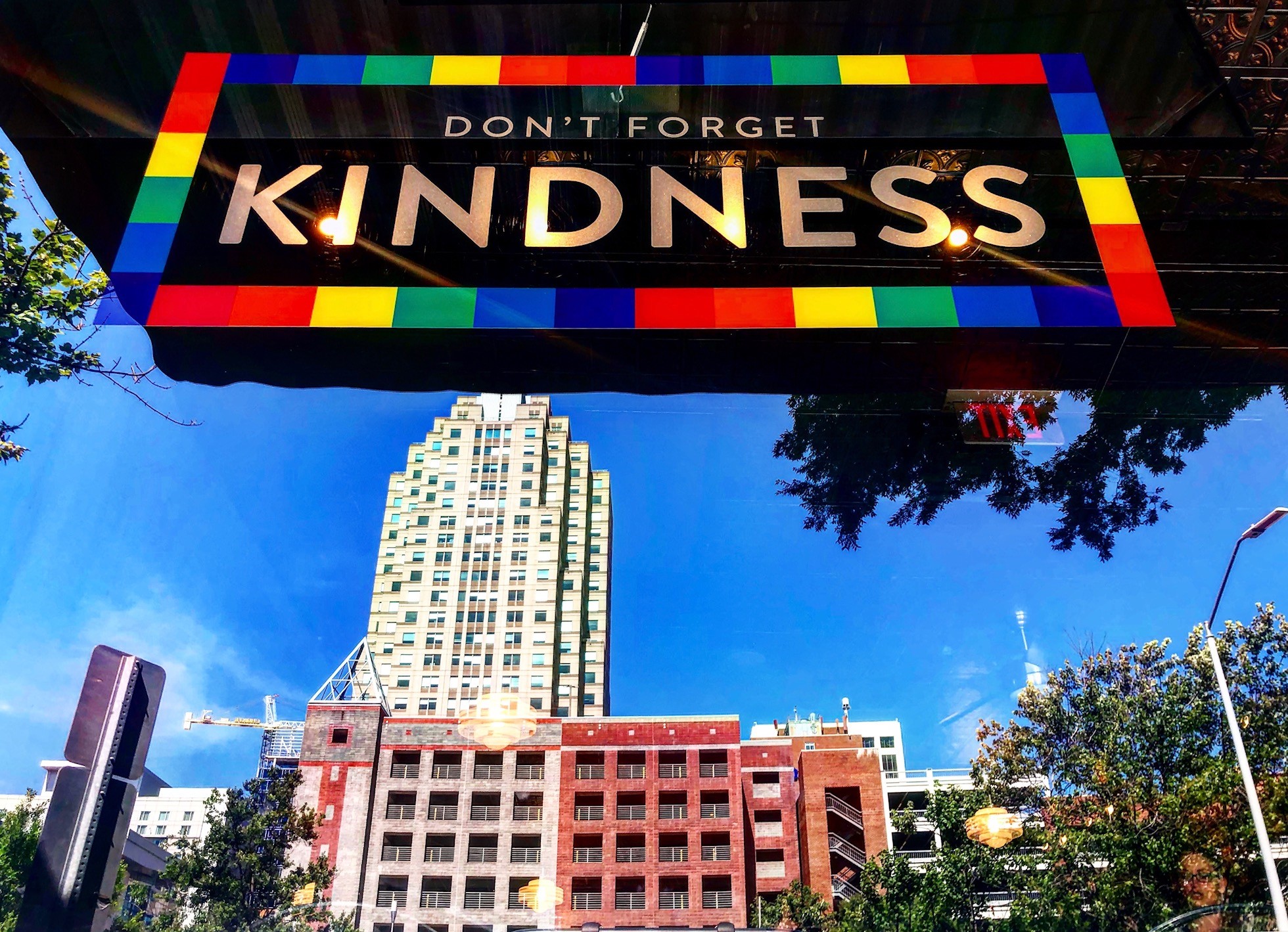 Gentrification of the Gayborhood

As the Warehouse "Gayborhood" flourished, it brought a Renaissance of art, fine dining, chocolate and music. An old appliance store got a rainbow paint job, and Legends opened up in its place.

Flex, The CC, White Rabbit Books & Things, the LGBT Center, and several LGBTQIA+ friendly art galleries opened inside vacant warehouses. This neglected, rundown part of downtown where the LGBTQIA+ citizens had been sequestered -- was becoming popular and trendy because of the work of the LGBTQIA+ community.

"It's the same old story with gentrification," explained Parks, "In many cities the Gayborhoods are being gentrified and turned into fancy, sky-high condos with a Target downstairs."

As the LGBTQIA+ community raised the property value of The Warehouse District, the entire area became more desirable throughout the 1990s and early 2000s, leading to a modern day boom in Raleigh's Warehouse District, where rainbow flags still wave from buildings.

In the 1980s, the Crimes Against Nature laws (sodomy laws) were put on the books for North Carolina. Prior to being overturned in 2003 by the Supreme Court, these laws meant citizens could be arrested from a same-sex encounter -- even in their own home.

In the 1990s, Raleigh City Council tried to outlaw drag.

"Tom Fetzer, our mayor at the time, believed drag constituted lewd behavior," said Parks. "So the manager of Legends went before City Council and showed clips of funny, whimsical drag shows -- that even had City Council laughing and smiling! He asked the council, 'How can you call this lewd?'"

Despite his efforts, the issue remained hotly debated for months. The owner of Flex responded in the way so much of the LGBTQIA+ community had responded to cultural pressure throughout history -- by making art.

"He made a film called Camp. The story line is two warring groups of Drag Queens -- the Trash Queens and the Glam Queens, who are clearly meant to symbolize Flex and Legends -- coming together to battle City Council and save drag from being outlawed," Parks recalled, laughing. "It showed in quite a few film festivals, and has all kinds of shots from Raleigh!"

From Amendment One to Day One, the LGBTQIA+ community has faced a number of historic legislative moments. In 2019, Raleigh's mayor officially declared June would be Pride Month for the city.

Roxanne Lundy, who works at Videri Chocolate Factory in the Warehouse District, was inspired after seeing New York City celebrating Pride Month. "The whole city was bursting with pride, so beautiful. Most major cities do have Pride, and it's especially important as Raleigh continues to grow."

"I hear about the struggles my teenage sister and her friends deal with -- with bullying online and young people committing suicide -- and I think it's important to feel like the city supports them," she said.

Josh Lamm, Co-organizer for Pride, shared: "I'm from the Wilson area. Growing up in rural North Carolina, there were no avenues to even know what it meant to be a gay person. There's no one guiding you. Raleigh is so much more accepting, and that's why Pride is needed."

"I hope that as it grows, Raleigh feels more ownership of it. I would like Raleigh Pride to be something different than other Prides," said Trey Roberts, another co-organizer for Pride. "I want it to feel educational. It's a month where people are getting connected and represented. I really would like it to feel completely owned and organized by Raleigh."

The three co-organizers were thrilled when Nancy McFarlane offered her support at a city level, proclaiming June as the official Raleigh Pride.

Pride Was Already There

When Raleigh's first LGBTQIA+ bar, the Mousetrap, opened beside The Rialto Theatre in 1976, with blacked out windows and a fear of police raids, the patrons inside that bar would likely have never imagined Marriage Equality -- let alone seeing rainbows all over the city.

"Marriage Equality was so unimaginable for me, even in the 90s. The best we ever thought we'd have would be domestic partnerships," said Parks.

The next time you catch a show at The Rialto or take in the art at VAE, remember the darkened windows, bare light bulbs, and simple message boards. The Warehouse District may not have had rainbow banners in the 1970s and 80s -- but Pride was there the whole time.

'Be Your Own Rainbow' project gives back to LGBTQ 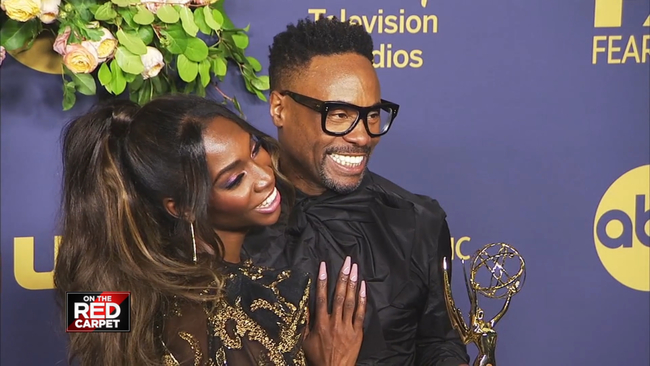 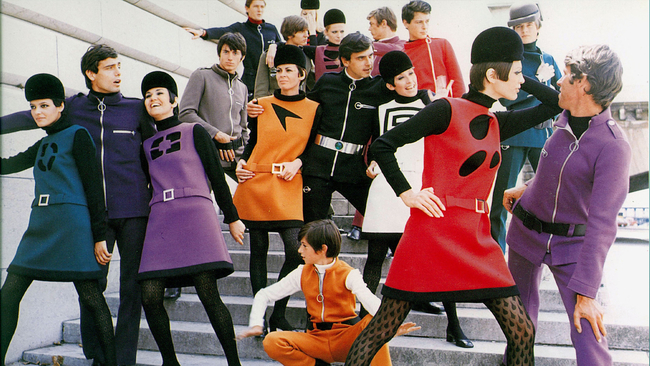 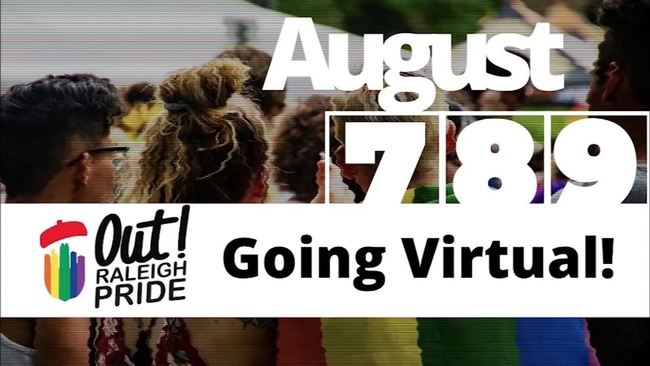 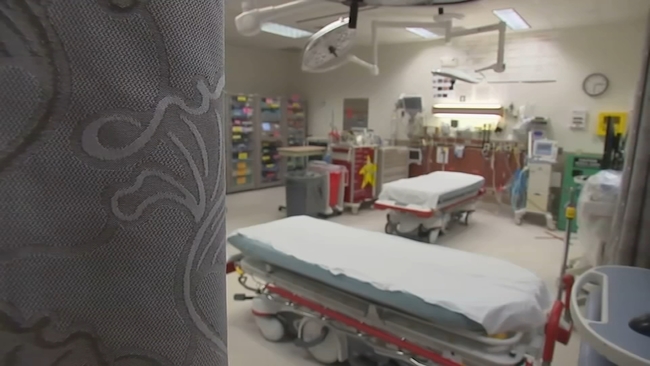