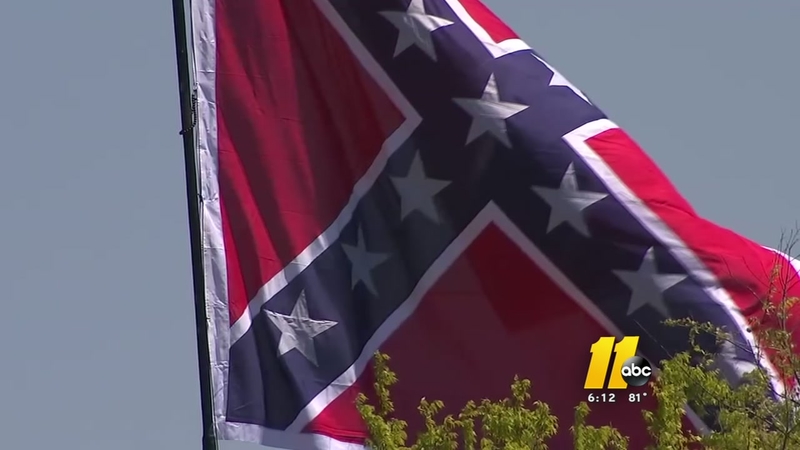 "It's a modest, moderate change that protects the people of the community," Marcoplos said.

Marcoplos said the new ordinance does not target any specific expression or emblem, but acknowledged some residents reached out following the Confederate flag's placement.

"We absolutely did do this in reaction to the specific flag controversy around these huge Confederate flags. That in no way means that we wouldn't have done it in response to a giant flag, as I said last night, with a 15-foot kitten on it, if it was flying over the community, taking up space and imposing on neighbors," Marcoplos said.

Property owners will have one year to comply with the new flag guidelines.

Flagpoles that exceed the new standards will be allowed to stay in place.

Marcoplos noted the ordinance does not apply to flags that are painted onto the side of buildings, as that is considered artwork.

The ordinance also does not apply to any cities within Orange County, which are responsible for their own regulations and standards.

ABC11 reached out to county leaders in Wake and Durham to check whether they planned to review their respective ordinances.

Wake County Commissioner Chair Jessica Holmes said she is not aware of any discussion or community requests about the flag ordinance.