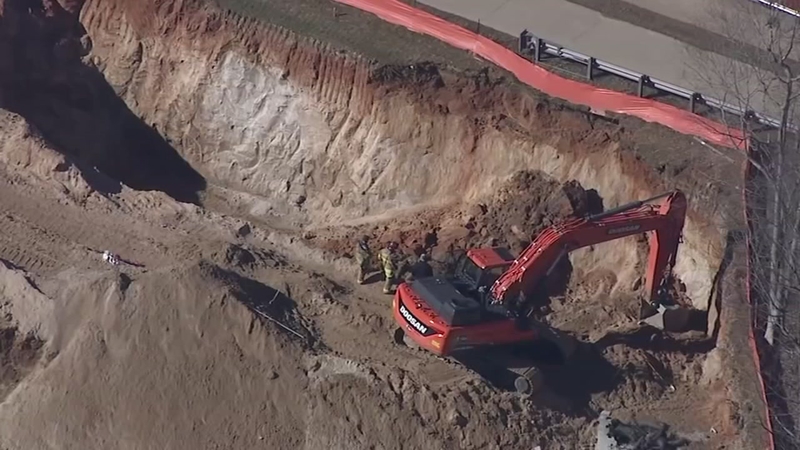 RALEIGH, N.C. (WTVD) -- One person is dead and two are injured after an accident at a construction site in Raleigh on Tuesday morning.

The incident happened about 11:15 a.m. at a site near Old Wake Forest Road and Triangle Town Boulevard.

The North Carolina Department of Labor, which is the agency investigating the incident, confirmed the fatality and injuries.

First responders said it appeared to be a dirt collapse during a digging operation.

Chopper11 HD live over the scene

According to documents from the City of Raleigh, the accident was on the construction site for The Piedmont Raleigh Apartments at 6100 Triangle Town Boulevard.

According to Harold K. Jordan & Company, the man who died in the accident worked for Vertical Walls Inc., which is a subcontractor hired by Honeycutt Construction Services Inc.

A construction worker will not be going home tonight. Fortunately two others survived. #ABC11 https://t.co/z6znELAHbn pic.twitter.com/y2vsMpBfsL

Honeycutt Construction is the company contracted by HJK to do all the site work of clearing, grading, utilities, and paving.

Vertical Walls was preparing an area where a retaining wall was being built for a stormwater retention pond and excavating for wall construction when the accident happened.

"There are a lot of workers and employees, co-workers involved who are clearly quite upset very understandably," said Jeff Hammerstein with Wake County EMS. "And we're working with them to try to get the resources they need. Absolutely devastating for everyone involved."

"Our heartfelt condolences go out to this worker's family and all those involved with the accident that occurred today," said Hal Jordan, president/founder of HKJ. "Our No. 1 priority is to always offer the safest workplace possible for our employees and subcontractors."

According to HJK, a safety consultant with OSHA visited the site in November to ensure that HKJ was in compliance with all current safety standards.