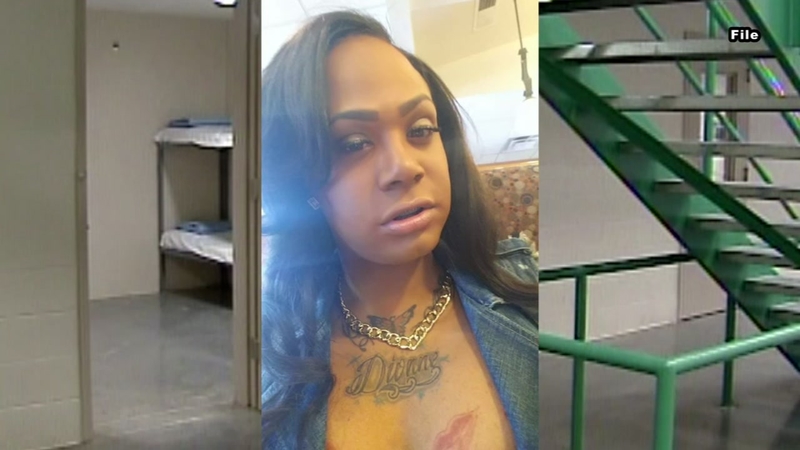 RALEIGH, N.C. (WTVD) -- A dozen advocates representing several local rights groups and hundreds of people delivered a letter to Governor Cooper Friday morning, calling on him to take action in the case of Kanautica Zayre-Brown, a female transgender inmate at the Harnett Correctional Institution.

Zayre-Brown identified as a female at the time of her arrest but has been housed with men during her stay. She has requested to be moved to a women's prison.

"Kanautica has communicated to me that she is being housed in an all-male prison in Harnett County, that she is forced to shower amongst men openly, not given any privacy to change or to shower. She is forced to sleep amongst men," said Sneha Shah, a staff attorney with the ACLU of North Carolina who serves as Zayre-Brown's lawyer.

"We have been hearing from trans folks who are in DPS custody for many years now. And we know that DPS has been ignoring the rights of trans people who they are charged with protecting. And so we know this has been a problem, and Kanautica's case symbolizes how entrenched this case is in North Carolina," Shah added.

Earlier this week, the ACLU of North Carolina sent a letter to NCDPS calling on the department to transfer Zayre-Brown to a woman's prison; as of Friday morning, the organization had not received a response.

"Kanautica is a strong woman. But like anyone who would face these circumstances, she's deteriorating. She's in fear every day. She has to live in fear for her physical safety and her emotional safety," Shah said.

According to our newsgathering partners at the News&Observer, she was convicted on insurance fraud and obtaining property by false pretenses charges, and faces up to 9 years and 11 months in prison.

Zayre-Brown is listed under her birth name "Kevin Chestnut" in the NCDPS online registry, despite legally changing her name.

"The Governor has already begun to work to remedy this issue," Jeremy Collins, the Director of Public Engagement under Governor Cooper, told the crowd Friday. "We've already talked to Secretary Hooks and the Department of Public Safety about it. So we'll continue to work. I want to affirm for you that we take this very seriously."

Collins, who met with the advocates, said the Governor's Office has also begun to identify other transgender inmates throughout the prison system.

"We need an immediate resolution of this case, but we want to make sure that as other cases are present, we address them in a manner that it doesn't happen again," said Collins.

Zayre-Brown has been in solitary confinement since Saturday; Shah said DPS did not provide a reason for the move, though she believed it was a retaliatory measure following her public plea for a transfer.