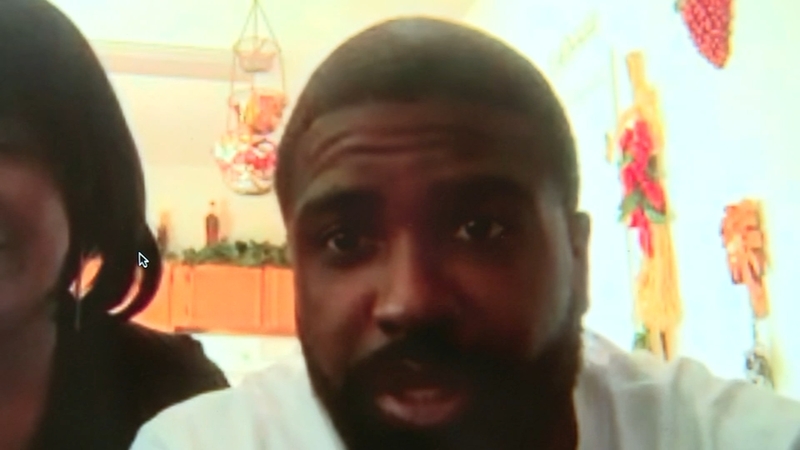 BUTNER, N.C. (WTVD) -- Brian Bronson FaceTime'd with ABC11 from the comfort of his sister's living room in Raleigh after spending nearly 14 years in federal prison on drug charges. He said the past two months at the federal prison in Butner was what scared him the most.

Butner has more COVID-19 cases than any other prison in the federal system: 66 inmates and 25 staff members have tested positive for COVID-19 at Butner; four inmates have died; And Bronson said he wondered if he would be next.

"It was chaos," Bronson said. "The Bureau of Prisons has no clue what to do about COVID-19."

Fresh out of Butner Federal Prison after nearly 14 years, Brian Bronson describes life behind bars at the correctional center that leads the nation in cases of #Covid_19
• • •
“The Bureau of Prisons has no clue what to do about COVID-19. It’s a pure disaster.” #abc11 pic.twitter.com/hu36nBGFaT

The 39-year old confirmed what advocates have been telling ABC11 -- that inmates are not provided masks or gloves and that's it's logistically impossible to social distance. Bronson was housed at Butner's minimum-security work camp where 75 inmates bunk together per dorm -- sleeping three feet apart.

He says inmates wanted to make their own makeshift masks but were met with pushback from prison staff.

"They tell us, it's altered clothing and if we catch you with any mask, we'll write you a 'shot.' Well, a 'shot' is a disciplinary action form that can hinder you from going home on your release date," he said.

Bronson was already set to be released early. His lawyer had filed a motion to get out under the First Step Act. It's the sweeping criminal justice reform bill signed into law by President Donald Trump in 2018 that slashed prison terms for non-violent drug offenders.

Bronson says his release kept hitting delays; until COVID-19 began spreading through Butner's walls.
"The inmates are so concerned they're gonna catch the coronavirus and it's gonna spread through that prison-like wildfire that they would rather escape and be caught by the U.S. marshal later after coronavirus has died down," Bronson said.

Escaping is exactly what Richard Cephas did. The 54-year old taped a FaceTime interview with the News and Observer from an undisclosed location after he escaped from Butner's work camp two weeks ago - out of what he says was a fear of COVID-19 and the prison's woeful lack of ability to contain it.

Cephas remains on the run.

She is now reunited with her brother and using his case to push for more non-violent offenders to released. She calls it a matter of public health.

"We need to start moving them and making the exodus," Muktarian said. "Many of them have done their time and we need to restore them back to our communities."
Report a correction or typo
Related topics:
societybutnergranville countycoronavirusgranville county newscovid 19 outbreakprisoncovid 19
Copyright © 2021 WTVD-TV. All Rights Reserved.
TOP STORIES
Medical examiner called to park at center of Brian Laundrie search
NC State student dies after being hit by car near campus
'I still have questions:' Families mourn teens killed in wreck
LATEST: US expected to authorize mix-and-match booster shots
White House details plan to roll out COVID vaccines for younger kids
Enrollment proposal information sessions begin for new WCPSS schools
Show More
Americans arrested for trying to board flight in Switzerland
These grocery items are about to get more expensive
Free college proposal likely to be dropped from Biden's spending plan
Husband charged with killing Maya Millete, who vanished in January
Scientists attach pig's kidney to a human body, watch it work
More TOP STORIES News