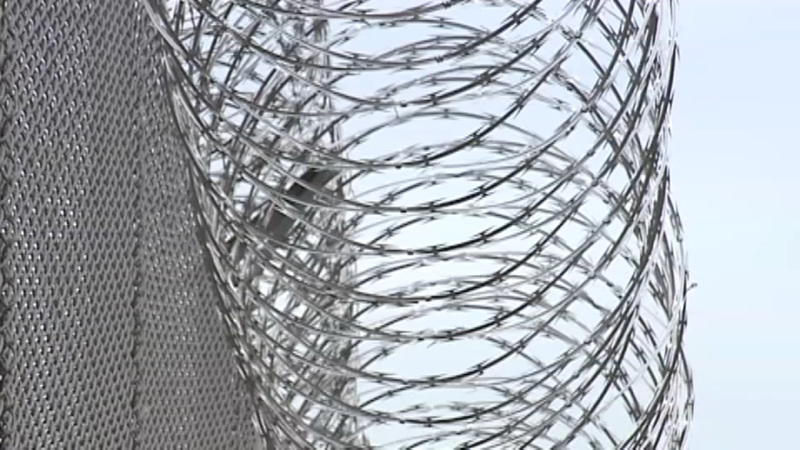 RALEIGH (WTVD) -- With concerns growing of a coronavirus outbreak in the state's prison system, a coalition of civil rights groups and inmate family members filed an emergency lawsuit with the North Carolina Supreme Court Wednesday to force Governor Roy Cooper to take action to reduce the state prison population to help stop the spread.

"We are very concerned," said Veena Gulati, of Wendell, whose fiancé is currently imprisoned at Wake Correctional in Raleigh. "We don't want him to get sick there and then won't have nowhere to go, God forbid."

Statewide, three correctional facilities in North Carolina are facing outbreaks in Granville, Halifax and Johnston counties. In total, 15 inmates have now tested positive for COVID-19. Criminal justice advocates argue the facilities are a tinderbox for the virus. They want the state supreme court to force the governor's hand.

The lawsuit follows two weeks after multiple other civil rights agencies sent letters to Gov. Cooper and the Department of Public Safety urging officials to use their authority to release inmates who are elderly and chronically ill to protect the remaining incarcerated population.

A week ago, inmates in a Goldsboro prison organized after two inmates tested positive for COVId-19.

Gulati, a mother of three, has already written Governor Cooper on behalf of her fiancé, Charles Cambra. He was convicted of trying to pawn stolen watches in 2012. He's a non-violent offender who Gulati says has a job and family waiting for him on the outside, if COVID-19 doesn't get to him on the inside.

"We just want him to come home. So he doesn't get ill in there because they can't really practice social distancing."

Veena Gulati’s fiancé is one of the non-violent offenders who could be granted early prison release if an emergency lawsuit to force Gov. Cooper stop the spread of COVID-19 in NC state prisons succeeds. #abc11 pic.twitter.com/5ZLfd7Dg6k

Dawn Blagrove is executive director of Emancipate NC, one of several civil rights and criminal justice reform groups signed on as plaintiffs in the emergency lawsuit.
"I'm sure by this time next week, we are going to see an explosion inside our jails," Blagrove said. "What (this lawsuit) does essentially, is ask the supreme court to make the governor take seriously his duty and responsibility to protect the people of North Carolina, including people who are incarcerated in North Carolina."

The plaintiffs argue the lack of social distancing, overcrowding, unhygienic conditions and limited access to adequate health care create the potential for COVID-19 to spread like wildfire in the state prison system.

Asked about the lawsuit at Wednesday's Coronavirus Task Force briefing, Governor Cooper side-stepped any talk of early-release for non-violent offenders, inmates over 65 or with underlying health conditions. But he expressed concern.

"We have concerns about the people who are there. We have a concern about staff. And we want to do what we can to protect them," Cooper said.

On Twitter -- some users balked at the idea of early release. "They are there for a reason and need to stay," one user wrote. Another added, "They would have civil rights if they didn't break the law."
Blagrove responded that a prison sentence should not equal a death sentence.

"The reality is that in North Carolina over 35,000 people are in our prisons. And only 152 of them have been sentenced to death," she said. "Essentially by not releasing people from prison, we're actually sentencing them to death."