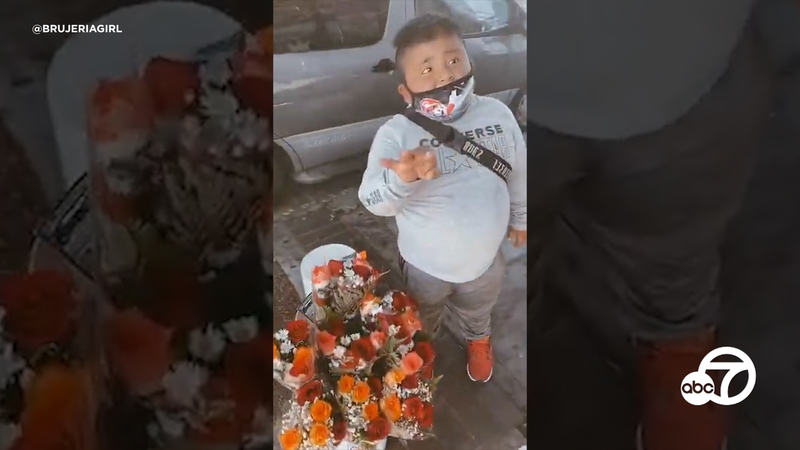 BOYLE HEIGHTS, California -- When Edgar Machic Jr.'s father lost his job due to the coronavirus pandemic, the 8-year-old started helping his dad make a living by selling flowers.

Wendy Rodriguez was buying tacos while doing a live video on Instagram live when Edgar approached, asking her to buy his flowers.

Rodriguez ended up buying all of his flowers and giving him an extra tip.

"I was like, I cannot just not help," Rodriguez said.

Edgar and his father immigrated to the U.S. from Guatemala a year ago after his mother passed away. Now, the two sell flowers to make ends meet and to send money to Edgar's two sisters in Guatemala.

"I grew up in El Salvador and I've seen that, so that's nothing new. But to see it here, and to experience that now, I was kind of speechless," Rodriguez said.

After meeting Edgar, Rodriguez started a GoFundMe, raising more than $40,000 for Edgar and his dad.