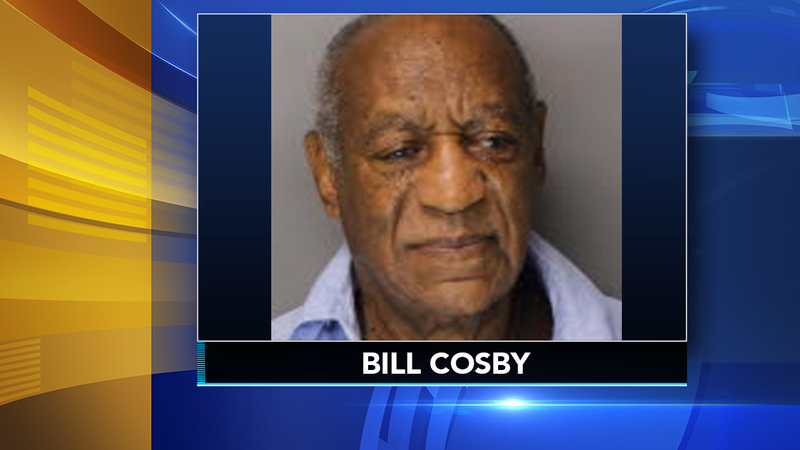 The Department of Corrections says he will serve his three-to-10-year sentence at SCI Phoenix in Eagleville for sexually assaulting a woman at his Cheltenham Township home in 2004.

Officials say he is being processed in accordance with policy and will meet with staff from the medical, psychology and the records departments.

They say Cosby is being housed in a single cell in a unit adjacent to the infirmary. He will be allowed phone calls and visitation in accordance with policy, as well as opportunity to exercise during the classification process.

"We are taking all of the necessary precautions to ensure Mr. Cosby's safety and general welfare in our institution," Corrections Secretary John Wetzel said in a statement. "The long term goal is for him to be placed in the general population to receive the programming required during his incarceration." 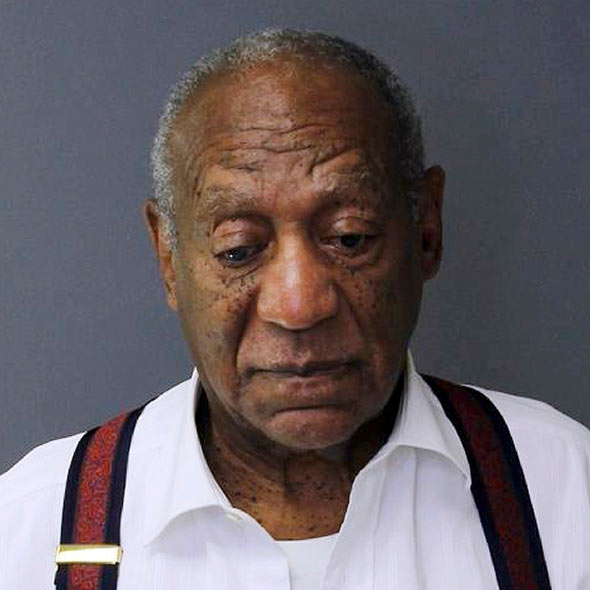 This image provided by the Montgomery County Correctional Facility shows Bill Cosby on Tuesday, Sept. 25, 2018, after he was sentenced to three-to 10-years for sexual assault.

Cosby spent a few hours at the county jail Tuesday before heading to SCI Phoenix which opened two months ago.
His inmate number with the Pennsylvania Department of Corrections is NN7687. 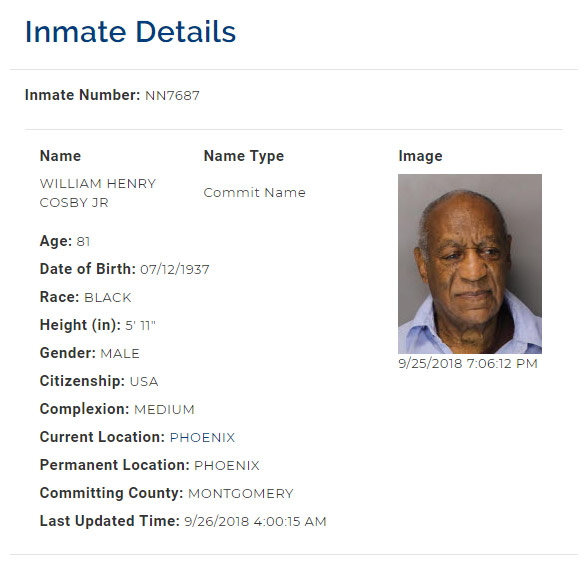 Prosecutors said correction officials would assess Cosby's needs and safety issues to determine where it would be best for the 81-year-old Cosby, who is legally blind, to complete his sentence.

District Attorney Kevin Steele had said Cosby could wind up at SCI Laurel Highlands, a prison for lower-risk inmates on the other side of the state, about 70 miles (113 kilometers) southeast of Pittsburgh.

SCI Laurel Highlands is the state Correction Department's provider to inmates with special needs, including those requiring long-term care, though it also houses a general prison population, according to its website. It has separate housing units for its geriatric inmates and also has programs for sex offenders, the website says. Cosby was declared a "sexually violent predator' just before his sentencing, requiring him to receive monthly counseling the rest of his life. The prison at Laurel Highlands opened in 1996, at the site of a former state hospital. At last count it held nearly 1,600 inmates.
However, it was confirmed on Wednesday morning, Cosby would serve his sentence at SCI Phoenix.