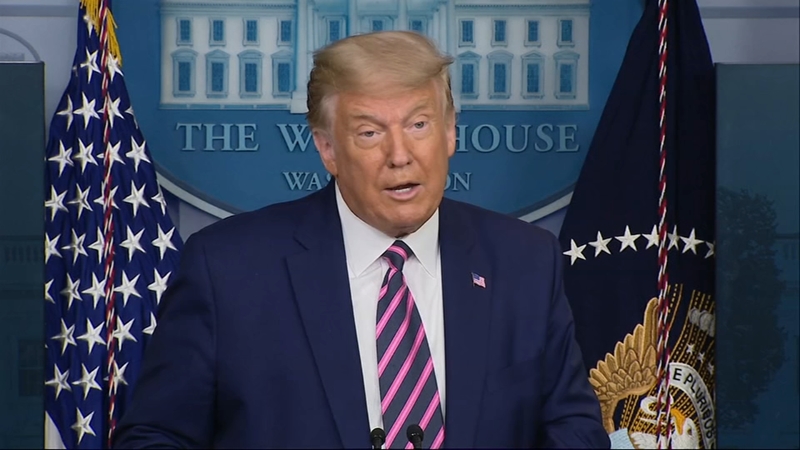 WASHINGTON -- A poll released Sunday by ABC News/Ipsos shows the majority of Americans do not trust President Donald Trump to confirm the safety of a potential COVID-19 vaccine.

A total of 69 percent of people surveyed did not trust the president to vouch for the safety of a vaccine. Sixteen percent of those said their confidence level was "not so much;" while 53 percent said it was "none at all."

Democratic presidential nominee Joe Biden performed better than Trump on the question of confirming a vaccine's safety and effectiveness, but still received net negative results, with 41% expressing confidence and 52% a lack of confidence.

Last week, President Trump again contradicted his own health advisors when talking about the COVID-19 pandemic.

Trump called the Centers for Disease Control director "confused," about the effectiveness of masks in slowing the spread of COVID-19.

Trump also continued to peg the completion and delivery of an effective vaccine earlier than CDC Director Dr. Robert Redfield and other health leaders in the federal government, who say it will take until the second half of 2021 to deliver the vaccine to most Americans. Trump said he expects it to happen in early to mid 2021.

The ABC News poll also found a significant drop in the percentage of Americans who are likely to get the vaccine when it is available. That decrease is driven mainly by skepticism among Republicans.

In May, the poll found 75% of Republicans were likely to get a COVID-19 vaccine. The most recent poll found only 50% support among Republicans.