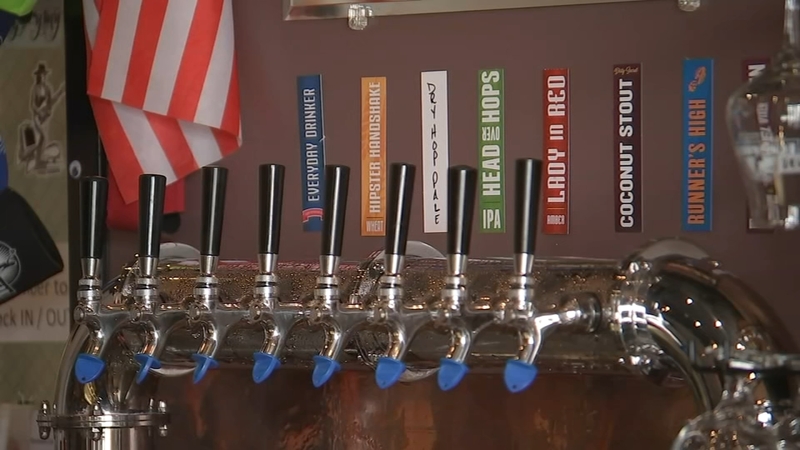 RALEIGH, N.C. (WTVD) -- Beer is big business in North Carolina and some brewery owners say price hikes are likely inevitable as they're being hit in two ways from the crisis in Eastern Europe.

ABC11 stepped inside the production area of Bombshell Beer Company. The Holly Springs-based business has been named one of the top 10 female-led breweries or distilleries in the world.

The owners are essentially stockpiling various grains, saying it's been incredibly hard getting in certain raw materials.

"You miss one style of grain for a recipe, you can't make the recipe," said co-owner Ellen Joyner.

There have been shortages and significant price increases.

Making a hops beer requires wheat and that commodity is experiencing a spike since Russia's invasion of Ukraine. The price has shot up 55% from a week before the war.

Joyner said her company is starting to see the trickledown effect.

"Anywhere from 5 cents a pound up to 12 cents a pound, and we're talking hundreds of pounds that we use in recipes," said Joyner.

The cost of fuel is soaring even higher.

Bombshell says it's only a matter of time before they start offsetting all the costs and charging more for their award-winning brews.

"There's no way with fuel cost doubling in the way that they have -- the other ingredients that we're using -- they're just upward price pressure in those because of transportation costs are getting so high," said co-owner Michelle Miniutti.

The crisis is affecting one of North Carolina's thriving industries -- breweries bring in billions of dollars.

The state boasts the largest number of craft breweries in the South.

The Brewers Association ranks North Carolina ninth in the country for economic impact and eighth in the nation for production.

Joyner and Miniutti are trying to absorb as much added cost as they can afford, and are hoping that the heartbreak and fighting 5,000 miles away ends soon.