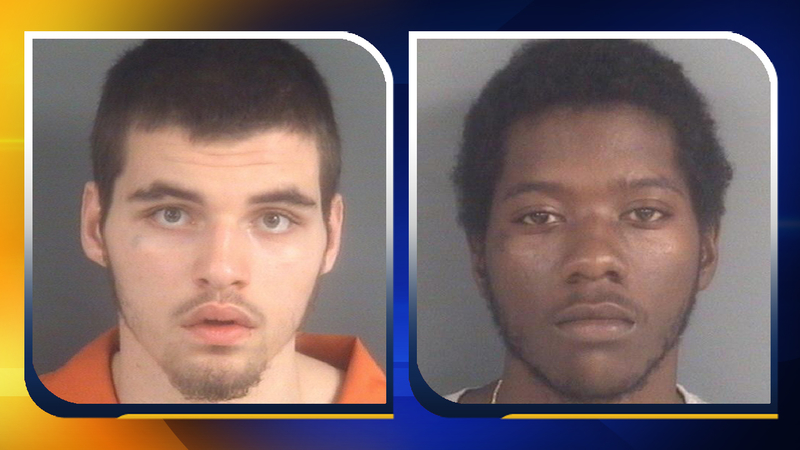 SPRING LAKE, N.C. (WTVD) -- A man waiting to meet a pair of Craigslist buyers was held at gunpoint and robbed Monday, according to Spring Lake police.

The holdup occurred in the parking lot of the Spring Lake Walmart around 1:15 p.m. Monday. Authorities said the victim agreed to meet two other men to sell a diamond engagement ring, valued around $3,200.

As the man waited for the pair to show up, police say Patrick Dewayne Flanagan, 19, opened the passenger door, held the man at gunpoint and took off with the ring.

Police said the driver, 20-year-old Tony DL Adams, dropped Flanagan off prior to the meeting. Adams drove away in a gold Ford car.

Police found Flanagan nearby, off Pinetree Lane. They said they recovered the ring and a 9mm handgun from him. Flanagan was arrested and charged with robbery with a dangerous weapon, conspiracy and possession of a firearm by a felon. He is currently in the Cumberland County Detention Center under a $75,000 bond.

Police are still searching for Adams, who is a person of interest in several other recent Spring Lake robberies, including another Craigslist meet up that occurred on Friday afternoon along Main Street. Adams is also facing robbery with a dangerous weapon and conspiracy charges.

Spring Lake Police Chief Troy McDuffie reminded residents to use caution in performing online transactions. Although the victim met the suspects in a public area, during daylight hours, there are some other precautions to take, said McDuffie.

Anyone with information regarding Adams' whereabouts is asked to call Spring Lake police at (910) 436-0350.