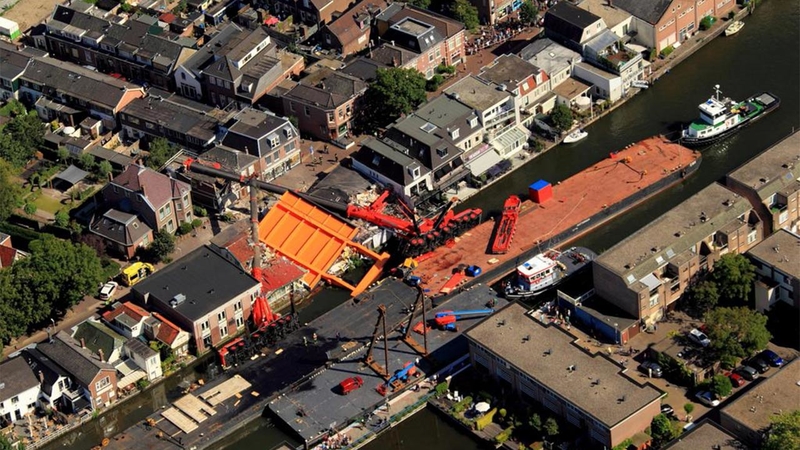 THE HAGUE, Netherlands -- Prosecutors have launched a criminal investigation into the dramatic collapse of two cranes onto a row of houses in a central Dutch city that briefly buried one man under rubble.

Watch the moment the cranes collapsed:


The probe was announced Tuesday, a day after two towering cranes parked on a floating pontoon toppled over as they were carrying a new section of a bridge and slammed into homes and shops in Alphen aan den Rijn.

Rescuers who scoured the scene of devastation late into the night say they are confident that nobody remains buried under the wreckage.

In a statement, prosecutors say three people involved in the bridge restoration work voluntarily went to police and are being treated as possible suspects.