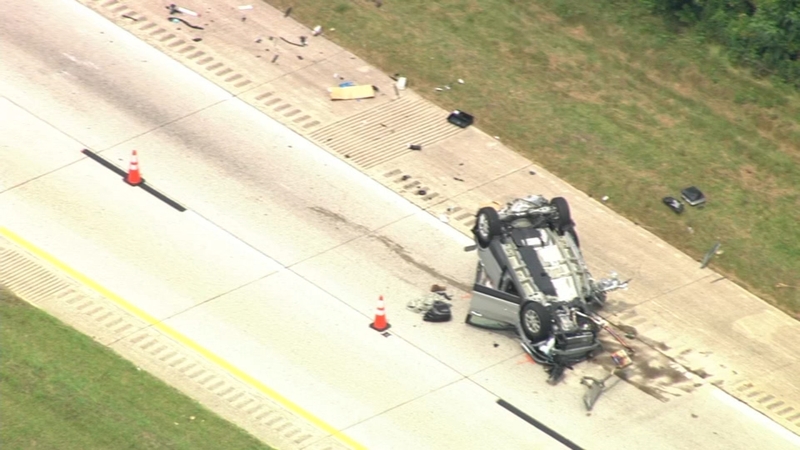 I-40 west reopens in Johnston County after multi-car crash

A man has been charged with driving while impaired and driving the wrong way, after he got off NC 210 at exit 319. According to State Troopers, he made a U-turn at the top of the ramp and drove eastbound in the westbound lanes.

A total of six cars were involved in the wreck. Three people were taken to the hospital with non- life threating injuries,

According to NCDOT, all lanes of I-40 West and the left lane of I-40 East were closed near Exit 319, NC 210, near Benson, due to a crash. Drivers were asked to use detours to avoid the area.

The road reopened just before 4:00 PM.

"I don't think I have ever seen anything like this before," Witness Steven Whitley said. " If it was like a hit and run, he would have gone off the exit that was right there a half mile away. Instead of trying to go against traffic. But it's not a normal ordeal."
Report a correction or typo
Related topics:
trafficjohnston countynccar crashtraveltraffici40holiday travel
TOP STORIES
LIVE UPDATE: Parade shooting leaves 6 dead, 30 hurt; man detained
Man struck by lightning near island off North Carolina
Is your home prepared for hurricane season?
Spotted lanternfly sighting confirmed in North Carolina
Wake County continues to scale down COVID-19 testing sites
Fireworks dazzle over Dix Park, downtown Raleigh for Fourth of July
Highland Park 4th of July parade shooting survivors speak out
Show More
Renters struggle to find apartments in hot housing market
Brittney Griner writes letter to Pres. Biden pleading for his help
2 police officers shot during July 4th festivities in Philadelphia
Highland Park parade shooting victims range in age from 8 to 85
Person of interest taken into custody after 6 killed in IL shooting
More TOP STORIES News