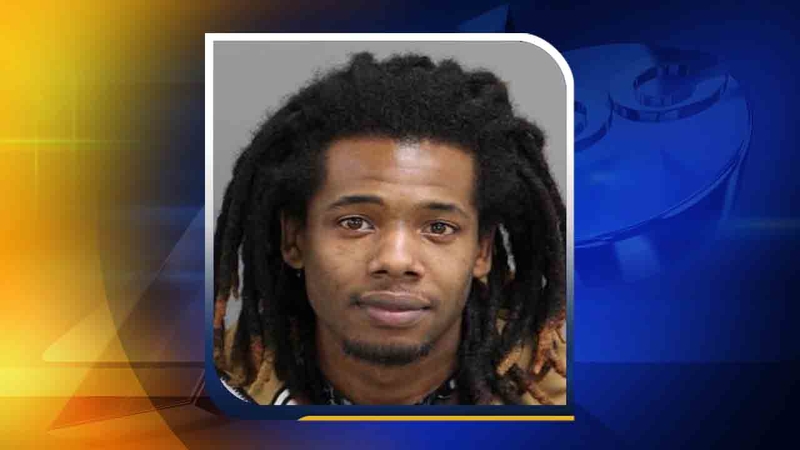 CARY (WTVD) -- A Cary man has been charged with credit card fraud after Cary police raided his home.

Those items, along with an assault-style weapon and drugs, were listed on an inventory sheet attached to a search warrant.

ABC11 went Lewis' home near downtown Cary and found him getting ready to drive away in a loaded moving truck.

He said he didn't have time for an interview but we asked about the search warrant claiming evidence of credit card cloning and fraud.

"I don't know what they're talking about in that report," he told ABC11 on Tuesday. "They're lying."

"You weren't arrested and charged with that," asked ABC11 reporter Ed Crump.

Lewis responded, "Yeah, I was charged with that but they're lying."

Nearby shoppers at one of Cary's largest shopping centers, Crossroads Plaza, tended to believe the police reports.

Lashanda Farmer was shopping with her young daughter and husband Ernest.

"This is the Christmas season and it's not supposed to be about people scamming people," Farmer said. "It's about being with your family and enjoying each other."

Her husband chimed in saying, "It's very sad that people have to stoop to such levels to try to scam people out of stuff like that because people work hard for their things, for their purchases."

The Lewis family from Bear Creek in Chatham County was at Crossroads Plaza doing their Christmas shopping.

Jessica Lewis was said she was disturbed by the arrest and allegations.

"It is scary to think that someone could do that and so easily, you know just take my information and basically take all my money," she said.

Her husband Jeremy was grateful saying, "Luckily, we haven't had anything like that happen yet."

Of course, this kind of crime isn't limited to Cary and seems especially widespread this time of year.

Some shoppers told us how they remain vigilant.

"You have to constantly watch your accounts," said Cindy Honeycutt of Raleigh. "You have to watch people around you too. Somebody can come up and even look at your information. So, it's very scary."

"I check my online banking throughout the day, periodically throughout the day, make sure - 'Okay, is everything that I bought our my husband has purchased, you know, is that correct?' And if anything is a discrepancy, I'm right on the phone with the bank," Lashanda Farmer noted.

Some shoppers also said it appears credit card companies are keeping a close track of purchases.

Many have been contacted by their card companies whenever there have been out-of-state or questionable purchases.