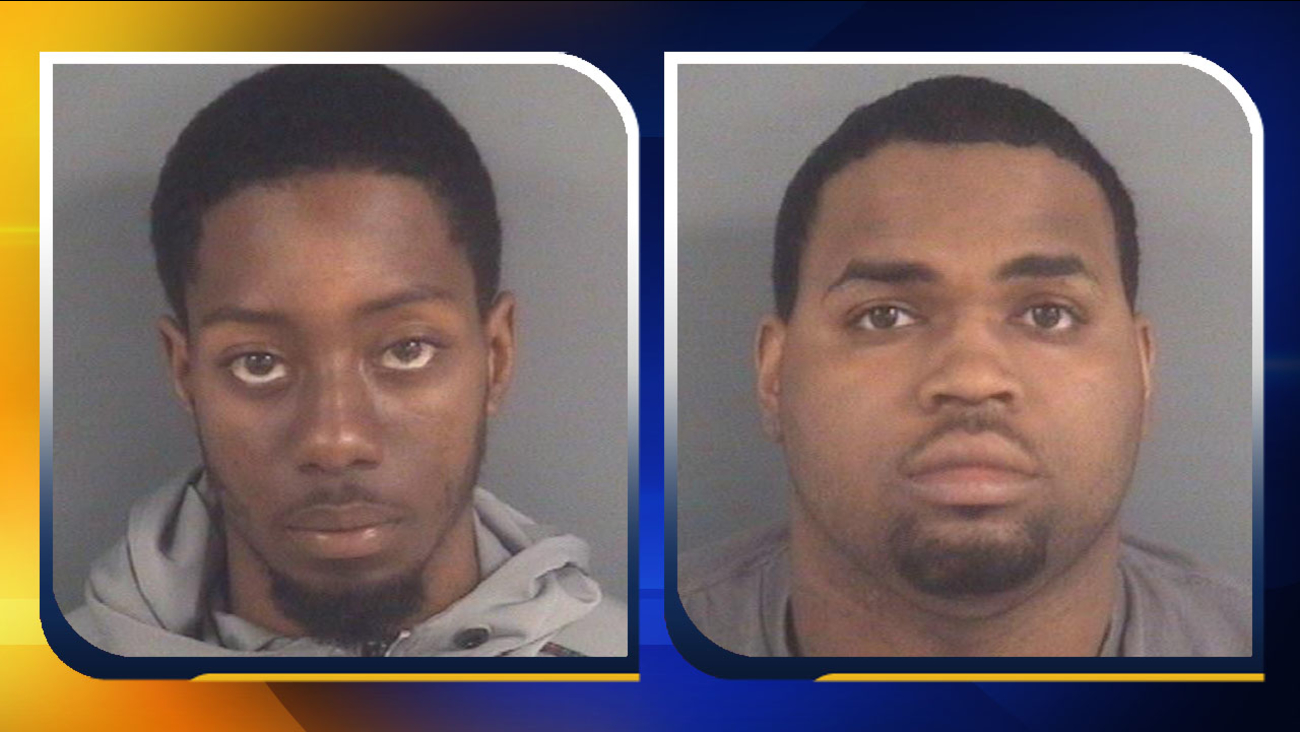 FAYETTEVILLE (WTVD) -- Fayetteville detectives arrested two suspects for a breaking and entering that happened earlier this month, and officers said it's all thanks to the public.

After the photos were released, multiple calls were received through the CrimeStoppers tip line identifying the suspects.

They were identified as 21-year-old Shaquille Bratcher and 20-year-old Lucas Laroque, both from Raeford. The suspects were arrested in Hoke County and charged with several counts of breaking and entering of a motor vehicle, possession of stolen goods, credit card fraud and theft, and larceny.

Bratcher and Laroque are being held at the Cumberland County Detention Center under a $50,000 secured bond.