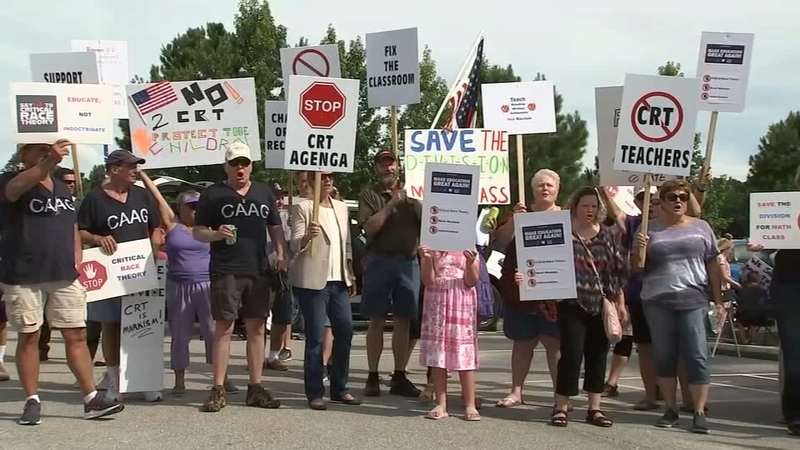 JOHNSTON COUNTY, N.C. (WTVD) -- The N.C. Association of Educators on Tuesday responded to the Johnston County school board's vote last week to severely limit what teachers are allowed to discuss with their students about racism and history.

The vote happened during a board of education meeting Friday.

Under the new plan, teachers cannot portray American historical figures as anything other than heroes, undermine the U.S. Constitution or say that racism is systemic in American history and current society.

"The Johnston County Board of Commissioners and the Johnston County Board of Education are attempting to stroke fears, divide parents and communities, and discredit Johnston County's hard-working teachers, yet all they are doing is hurting our children," said NCAE President Tamika Walker Kelly in a statement on Tuesday. "This manufactured outrage to score political points by creating a problem that does not exist will hurt our children and diminish the quality of their education. For the sake of our students and the future of this state, this must stop."

The Johnston County Board of Commissioners said it would withhold nearly $8 million in funding until the school board made the new rules. Prior to the vote, the school board denied that critical race theory--the idea that systemic racism is part of this country's history--was even being taught in schools.

In September, Gov. Roy Cooper vetoed a bill that would ban the teaching of critical race theory in North Carolina schools.

"The legislature should be focused on supporting teachers, helping students recover lost learning, and investing in our public schools," Cooper said at the time. "Instead, this bill pushes calculated, conspiracy-laden politics into public education."