'She was my best friend:' Daughter's claims after mother's death prompts state investigation 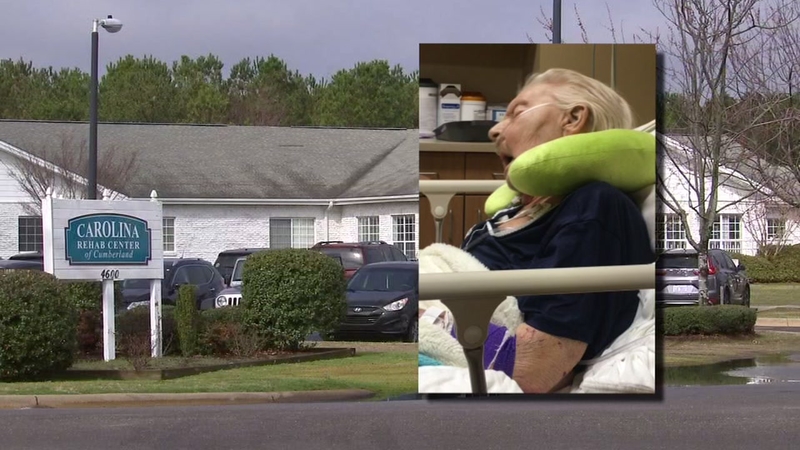 FAYETTEVILLE, N.C. (WTVD) -- A Cumberland County woman is in search of answers after she said her mother's death at a rehabilitation center could have been prevented.

In early January, Susan Bullock's 70-year-old mother, Elizabeth Cook, was admitted to Carolina Rehab Center of Cumberland in Fayetteville to "get her health back up."

Bullock, however, had no idea just nine days later her mother would be dead.

According to Bullock, the facility waited too long to notify her that her mother fell out of the bed.

"She would still be here today had they contacted us," Bullock said. "I just don't understand how somebody makes a fall out of the bed ... and ends up like that."

Bullock's claims led to an investigation by the North Carolina Department of Health & Human Services. The agency's findings show Carolina Rehab failed to notify Bullock or other family members of Cook's fall in a timely manner.

It took staffers more than two hours to contact Bullock.

"They did not treat her," Bullock said. "I asked for all kinds of tests."

Bullock alleged that the center failed to provide adequate care by way of neglect and abuse. The state investigation determined those claims were unfounded.

"I asked (the facility) is this how you guys treat every elderly person in here," Bullock told ABC11. "Their excuse was that they've had several people quit."

The investigation also detailed that the center addressed or planned to address inadequacies brought forth by the state.

"She was my best friend," Bullock said of her mother.

The official cause of death as listed on Cook's death certificate lists "healthcare-associated pneumonia" and "COPD." Bullock said before her mother's admittance into the facility, doctors gave Cook a "clean bill of health."