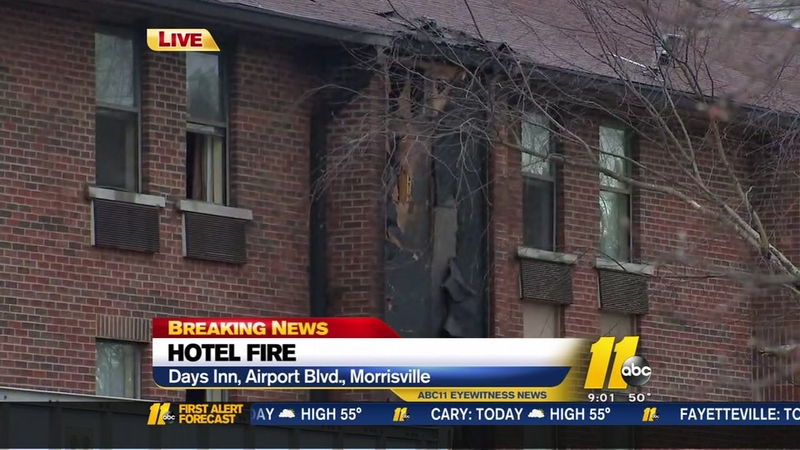 Fire breaks out at Morrisville airport

Crews on the scene said the fire broke out just after 7 a.m. at the Days Inn on Airport Boulevard.

The fire was quickly contained. According to our crew, the windows of six rooms were busted out.

There are no reported injuries. Guests were taken to a nearby Days Inn.