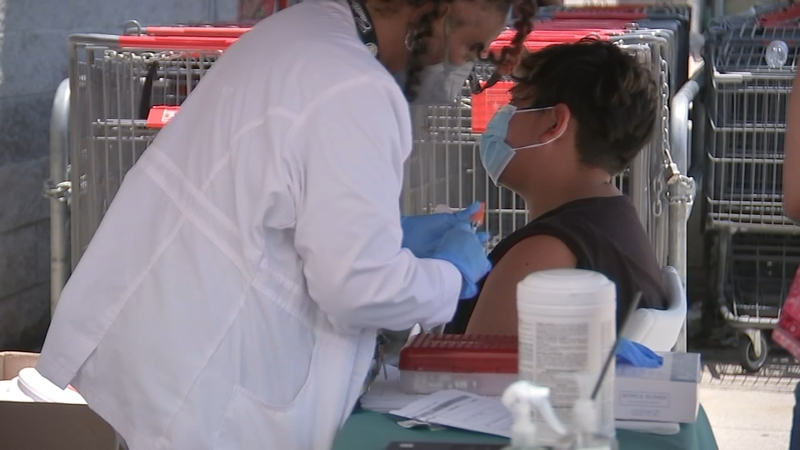 Last week, the UK announced it would delay reopening after a sharp rise in daily cases caused by the strain, which was also responsible for increased hospitalizations and deaths in the spring in India.

"The variant that we now see in the US is becoming the most common is twice as likely to infect you as they were in the past. So there are now plenty of cases out of Europe, out of Australia, where literally people passing each other in the supermarket have been linked to transmission events," said Dr. Cameron Wolfe, an infectious disease specialist at Duke.

A report in May from Public Health England found that a single-dose of the Pfizer vaccine was just about 33% effective against the Delta variant, while the full two-dose regimen were nearly 90% effective. Since the shot needs to be taken three weeks apart, and a person is not considered fully immunized until two weeks after their second dose, health officials are encouraging people to get their shots as soon as possible.

"What we know about the Delta variant is it's associated with increased transmissibility, and it also appears to be associated with more severe disease, including hospitalizations. The good news though is that we know that two-dose MRNA vaccines are fairly effective in preventing against the Delta variant," said White House Vaccinations Coordinator Dr. Bechara Choucair.

It's also becoming more common, and has been documented in more than 70 countries including the US.

"We're seeing an increase in the Delta variant across the United States. Just end of May, only 2.7% of the samples were the Delta variant. Early June, (it accounted for) 9.3% (of samples)," Choucair said.

"I would expect it probably by July to become the most common circulating strain in the United States. And I think there are plenty of states in the US where vaccination rates are still low, there's plenty of people who took the first dose of a two dose vaccine yet didn't quite get around to getting the second dose," Dr. Wolfe said.

North Carolina is one of 18 states with a fully-vaccinated rate of less than 40%, although the state did see an increase in vaccinations during the first week of June for the first time since April.

Monday, Wake County hosted a vaccine clinic at El Mandado Supermarket off of East Millbrook Road in Raleigh, as part of an effort to engage in outreach to Hispanics.

"Folks have been arriving without an appointment, going about their day to day routine, getting their groceries, being with their family and realized 'oh great, I've been meaning to do this. It's available, it's here, it's free,'" said Lwiza Escobar Garcia, a community engagement specialist.

It was an example of meeting people where they are, an issue of increased importance in so-called marginalized communities.

"We were talking about getting our vaccines so we can visit our family without wearing a mask and so we can see more people around," said Idania Hernandez, who got her vaccine at the event Monday.

Celina Uribe and Andrea Mendez, community health workers with Southeastern Healthcare, went to apartments in the area to speak directly with residents.

"When we're opening these doors and they're saying 'we don't want the vaccination,' well have you taken into consideration that these are the new data and information that's coming out on a daily basis with the new strands coming in? Would you not rather be protected? And we've had people that are, 'I didn't know about that,' and are willing to come out and get vaccinated," Uribe said.

Mendez added: "The best thing is when you see the relief in somebody's body because you speak the same language as them,"