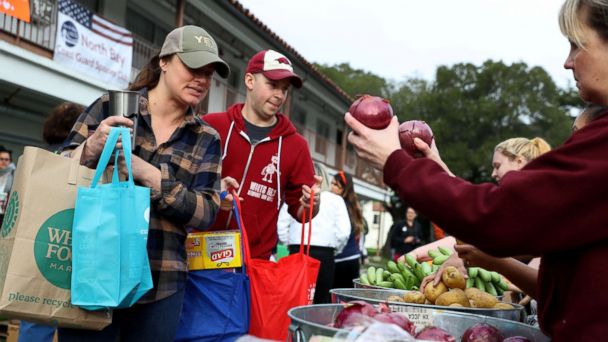 It's not clear yet what the lasting impact will be on federal workers furloughed in the longest-ever government shutdown -- even as Congress holds talks to avoid another one -- but a closer look at employee data nationwide paints a picture of the economic struggles many now might face because of the political standoff.

Here are more details on how and where they were affected, according to an ABC News analysis of the nearly 2.1 million federal employees across the country. The analysis also focuses specifically on Alaska, Wyoming, New Mexico and California -- all states where workers went without badly-needed paychecks and without the attention given to government workers in and around Washington.

One federal employee ABC News spoke with, Joshua Rider, works as a staff attorney with the Agriculture Department in San Francisco. His entire office was furloughed in the shutdown.

"We're civil servants, and we do it in part because we value public service," Rider said in an interview during the shutdown. "Regardless of the policy differences, we should not be using the federal workforce as hostages and leverage."

The Agriculture Department was one of four agencies ABC News took an in-depth look at as part of the analysis. The agencies -- the Agriculture, Interior, State and Treasury departments -- were four of the largest and most affected by the partial shutdown, according to the government contingency plans issued beforehand, and also had the most data publicly available.

The data shows the breadth of impact the shutdown had on Americans -- tens of thousands of whom were already making less than $40,000 a year working for the government.

And nationwide, at least 38,000 federal employees nationwide make less than $30,000 per year, about 2 percent of the government workforce, according to data from the Office of Personnel Management, which excludes salary details for more than 280,000 employees.

For context, a family of four with two children is considered in the poverty threshold if their combined income is less than about $25,000.

A large number of Interior Department employees were affected by the shutdown -- nearly 80 percent, according to the department's contingency plan -- and more than 20 percent of them work in three border states: Arizona, California or New Mexico.

But New Mexico is also home to 23 tribes, which rely on government support for daily services.

"New Mexico is among the states that are hurt the most when the government shuts down because of our large federal workforce, the large tribal presence in our state and the importance of public services - from national parks to food assistance, to USDA loans - for our economic well being," said Democratic Sen. Tom Udall.

"The shutdown hit native communities especially hard," said Udall, who is the vice chairman of the Senate Committee on Indian Affairs. "The Bureau of Indian Affairs and the Indian Health Service were unfunded, furloughing thousands of workers. So critical public safety and health services were severely limited."

Udall added that the complete impact of the shutdown in New Mexico will only be known in retrospect when the state can look back on the year's tourism data.

"States like New Mexico simply can't afford shutdowns," Udall said. "This shutdown was a disaster for families across my state, and the effects, I think, will be long-lasting."
Report a correction or typo
Related topics:
abc newsnational
Copyright © 2021 ABC News Internet Ventures.
More Videos
From CNN Newsource affiliates
TOP STORIES