Elderly woman attacked by dog in her Fayetteville yard 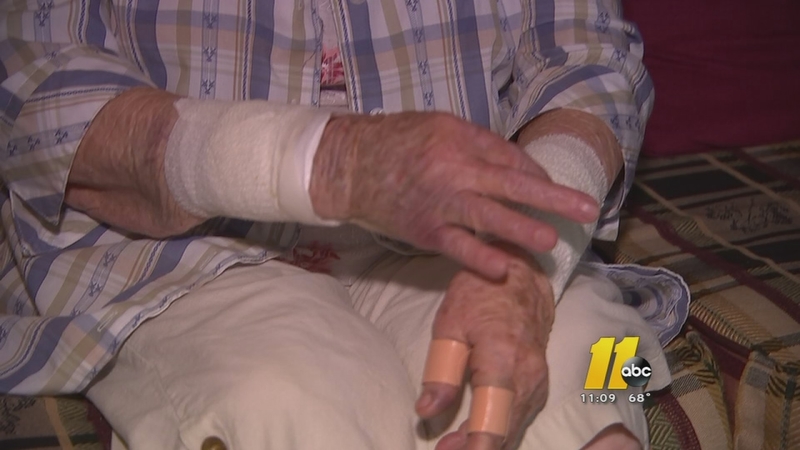 FAYETTEVILLE (WTVD) -- A woman who was tending to her flowers was attacked and bitten by a dog Tuesday in Fayetteville.

"It was scary when he jumped on me and threw me down," said 84-year-old Hallie Hall. "He tried to bite my head, and then got my arms, and I was kicking at him."

The dog, a 15-month-old pit bull, is now in the custody of Animal Control.

Hall called it the most frightening 20 minutes of her life.

"I was hollering for somebody to come," said Hall. "The little boy, 6 or 7 years old, was out there crying holding another dog. He would not come close."

Injured and bleeding, Hall made it back inside and called for help.

The dog's owner says his young boy was walking another family pet on a leash and apparently left a back gate open allowing the pit bull to get out. He told ABC11 that he didn't think his dog was vicious.

Hall, however, said her deep bite wounds prove otherwise. She said she doesn't feel safe outside anymore and has the scars to prove it.

The dog's owner met with animal control officials Friday to try to get the dog back, but Animal Control Director Dr. John Lauby said the dog will be put down. He said, in his opinion, the dog is too dangerous to return to the owner.