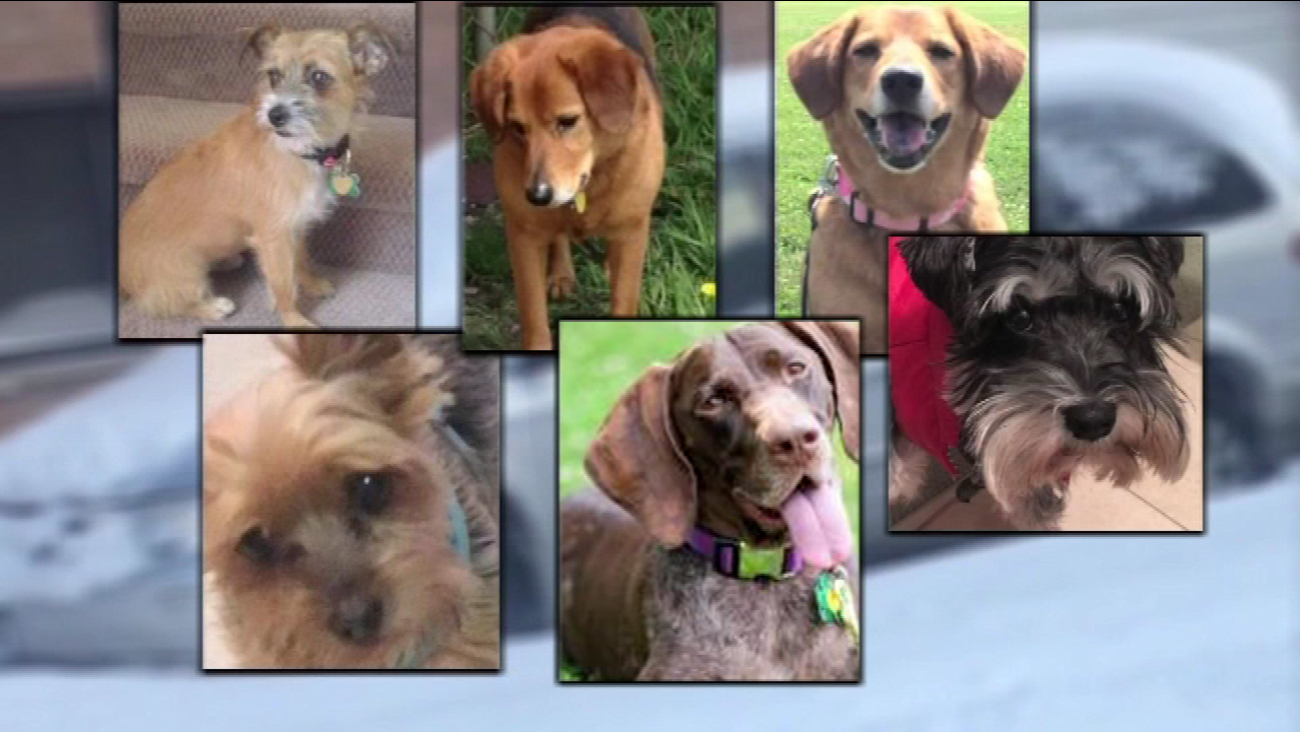 CHICAGO -- Seven dogs that were inside a doggy day care van when it was stolen at gunpoint in Chicago's River West neighborhood have been located. All appear to be OK, officials said.

Mochi, Scarlet, Brad Pitt, Jadyn, Busy, Kayla and one other unidentified dog belonging to six owners were taken Wednesday afternoon. They were found inside the van on the Near South Side around 10:45 a.m. Thursday. The dogs were checked out and reunited with their owners.

PHOTOS: Van stolen with dogs inside


"I am ecstatic. I'm so glad that everybody is OK. That even the little dogs made it. That's the best thing," Laura Potts, Kayla's owner said. "There really aren't any words to describe how good this is. The emotional roller coaster. The anger and frustration that somebody would steal a van full of dogs and point a gun at a decent person. The humanity that at least they were found. They didn't hurt them. And we're all getting our dogs back. So there's still good in the world."


Owners had feared for the dogs' health given the record low temperatures.

"I'm afraid that they're stuck in the car and it's just too cold for them to survive in this environment," Tad Tomita, Mochi's owner, said.

Urban Out-Sitters offered a $2,500 reward in the case. Several owners also offered rewards for the safe return of their dogs.