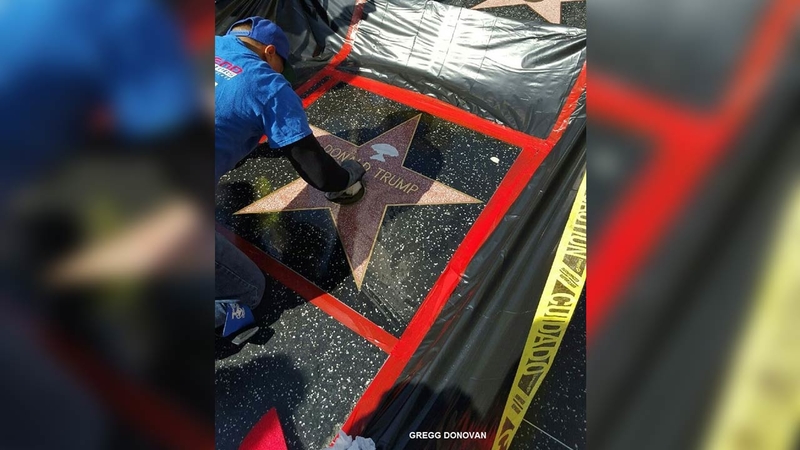 LOS ANGELES -- Donald Trump's star on the Hollywood Walk of Fame is a popular tourist attraction, but the star is also attracting vandals.

The star, which has been on the Hollywood Walk of Fame for years, has been a repeated target of vandalism over the past year.

Everything from a swastika to a mute icon has been spray-painted on it.

The level of defacing has reached new heights recently. There's even been reports of a dog defecating on it.

Officials say they have no plans to remove the star.

Leron Gubler, the president and CEO of the Hollywood Chamber of Commerce, released the following statement:

"The Hollywood Walk of Fame is an institution celebrating the positive contributions of celebrity inductees. As an internationally renowned icon, it attracts worldwide attention. We recognize that there are people upset about numerous issues and lobbying for change, but we would hope that they would project their anger in more positive ways than to vandalize a California State landmark. The stars were cleaned up as soon as the vandalism was discovered."