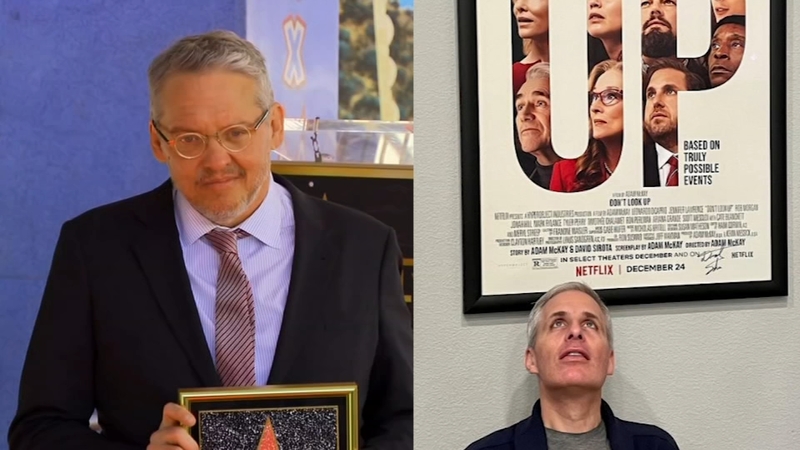 LOS ANGELES -- The film 'Don't Look Up' is up for four Oscars, including Best Original Screenplay. The concept for the story was a collaboration between two Pennsylvania natives: Malvern's Adam McKay and Abington's David Sirota.

They both share a passion for growing up in the Philadelphia area. And now, they share an Oscar nod.

In 1985, Sirota and Bradley Cooper both played for the East Abington Little League Team. This year they are both nominated for an Oscar.

They hadn't seen each other since their childhood baseball days, but that changed at the recent Oscar Nominees Luncheon in Los Angeles.

"He's like, 'Let me see the picture. I can't believe it. This is just taking me back, all the way back to childhood.'," he said.

Their reunion also ended with an epic selfie.

"There's a named character of me who wears a Sixers jersey in the show," Sirota laughed, of his first brush with stardom.

Years later, Sirota would become friends with Malvern's Adam McKay. Their collaboration on "Don't Look Up" starts with Sirota's suggestion.

"I said it really does feel like there's an asteroid headed towards Earth, and nobody cares," he said.

He said McKay responded with this: "Now, wait a minute. I wonder if there's a movie idea there."

Now, their script and the film are heading to the Oscars.

"That is not a life plot twist that I ever expected," said Sirota.

Besides that Oscar nod, Sirota says he and McKay also share a love of Action News.

"As a thank you gift, I literally sent Adam two t-shirts and a mug from 6abc," said Sirota. "Also true story, my phone ringtone was the Action News theme song."

Once in the 8th grade, Sirota shadowed our late, beloved Gary Papa for the day.

"I have always remembered that as part of my journey into journalism," he said.