The series embraces everything fans loved about the original drama while bringing the heart of the Hawaiian culture to the screen.
OTRC 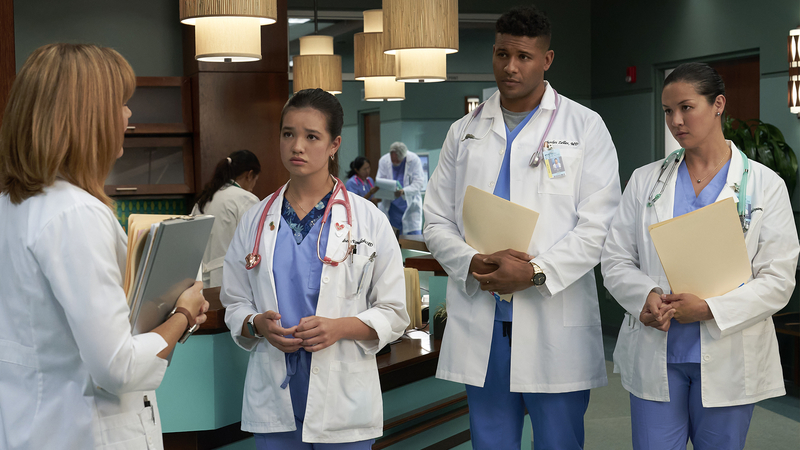 "Having a female at the center of the show is sort of as modern as it gets," Lee told On The Red Carpet. "She has these Meredith-Grey-brilliant-doctor aspects to her and then she's also a teenager."

"It's sort of a bunch of shows all in one," said creator Kourtney Kang, whose credits also include producing and writing hit sicoms "Fresh Off the Boat" and "How I Met Your Mother."

"You have a medical procedural element, it's a family show, there's sort of YA romance. There's all these different ingredients," Kang continued.

One ingredient that was important to Kang and the cast was authentically representing a mixed-race family onscreen.

"Being able to portray a biracial girl is very exciting for me. And my experience growing up in a mixed-race household really lends itself well to the show," Lee said.

Kang even infuses her own experiences on the show, as she was born in Hawaii and raised in a Philadelphia suburb by her Irish mom and Korean dad.

"I never really saw shows with families like mine and I've always wanted to make a show that reflected my upbringing and what our family is like," Kang said.

RELATED | On The Red Carpet fall preview: What to watch this September

The show embraces everything fans loved about the original series while bringing the heart of the Hawaiian culture to the screen.

"They really did such a wonderful job of bringing, not only the environment, but also just the soul to the show of what Hawaii is about -- which is love and hospitality and warmth and family," actress Mapuana Makia, who plays Noelani, said.

RELATED | 'Happier Than Ever': Directors give inside look at Billie Eilish's concert film on Disney+