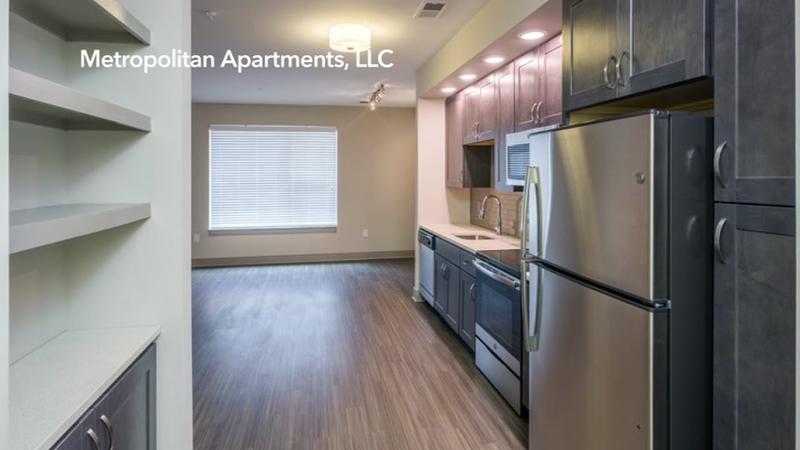 RALEIGH, N.C. (WTVD) -- More than a year-and-a-half after the Metropolitan fire caused about $50 million in damage, the apartment building is readying to open.

The staff is starting to lease out the Metropolitan. Rents start at $1,198 per month for a studio and two-bedroom units are going for as high as $2,385, according to apartments.com.

A representative told ABC11 that she expects the building to open at the end of January.

Clancy & Theys, the company behind the building, said construction is 90 percent done.

More than a year-and-a-half after the massive Downtown Raleigh Fire - the Metropolitan is readying to open. Construction is 90 percent done, apartments are starting to be leased. #ABC11 pic.twitter.com/GlBAv2LIWk

"I'm ready for it to get done. I want my streets back so I can walk to work from my favorite lunch spot down here," said downtown resident Carrie Pickett.

"I hate that it cuts off the street because I like to walk downtown," said Brad Nelson, who works downtown.

The Metropolitan fire broke out in March 2017. The intense flames caused a crane to collapse.

The blaze forced the evacuation of nearby businesses and residential buildings, as well as road closures.

The cause of the fire was undetermined; however, investigators did find fuel accelerant but said that's not unusual for a construction site.

Officials said the fire could have been an electrical malfunction, intentionally set, or accidentally started by a squatter trying to keep warm that cold night.