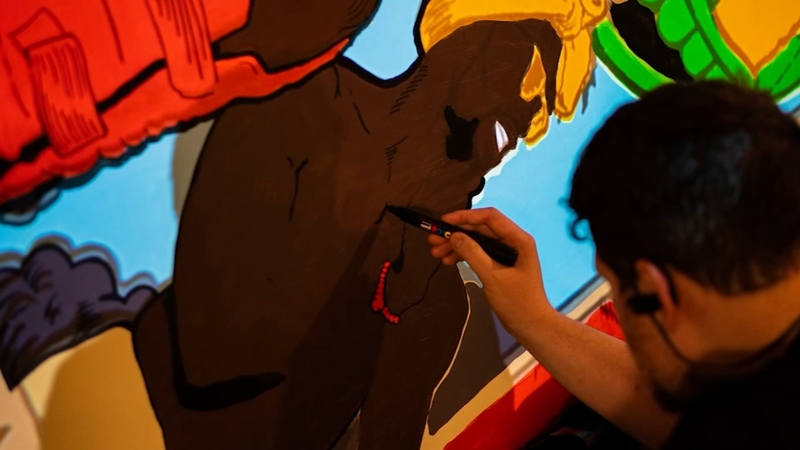 RALEIGH, N.C. (WTVD) -- The Dreamville Festival is not just a showcase for musical artists but also other artists. ABC11 caught up with one of the artists creating a piece for the festival.

Bender, a Raleigh-based artist, was one of those four.

He took a chance and created a masterpiece to be displayed at this year's Dreamville Festival.

"They really wanted artists to kind of take their own kind of direction with it and that's what submitted was the idea that you wanted to do," he explained of the process.

It took him six days to create a piece that would grab your eye, full of some of his favorite artists.

"I had three panels that were 4 foot by 8 foot," he explained. "From there, it was coloring each panel, and I actually used a projector to try to project the drawing because I had done a complete drawing of the thing."

The final product is certainly eye-catching.

"Earth Gang has the like, their symbol, which is the world, what could I do with the world and then I thought of the Tarot card. J. Cole is the strength card, Rico Nasty is the high priestess and J.I.D. is the star," he said.

Bender said he just started working full time as an artist and this makes him feel comfortable with his decision.

"I believe it allows artist that are not like huge yet a platform to show what they can do and that's what I took it as," Bender said.

He said he also feels honored to have been chosen by the festival team.