Dreamville Festival could be another 'record breaking' event: Raleigh Tourism 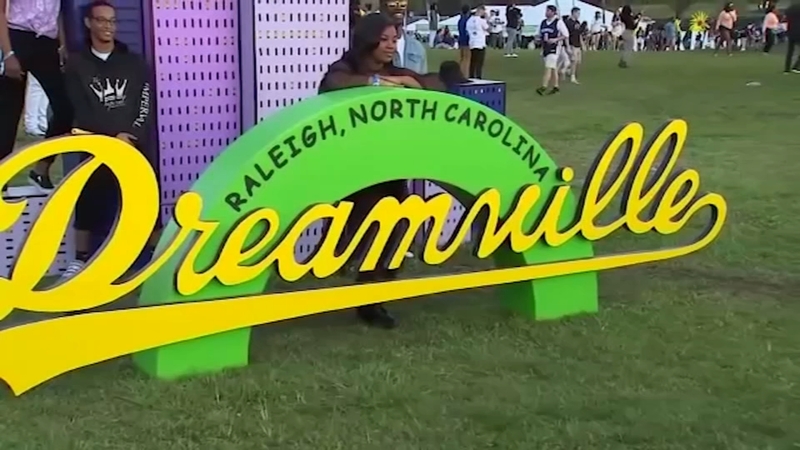 RALEIGH, N.C. (WTVD) -- The Dreamville Festival is returning to the City of Oaks for an encore. Tens of thousands of people will be converging on the Capitol City for a two-day party and the Greater Raleigh Tourism is expecting the two-day event to offer a major financial boost to the city.

Most hotels are already booked, and a handful of spots do have availability at a price.

A two-night stay at the Raleigh Marriott in Downtown Raleigh costs more than $1,200.

Origin Raleigh says a flurry of reservations started rolling in as soon as Dreamville's dates were announced.

"As of this point, we're sold-out Friday, Saturday and about sold-out Sunday as well," said Origin Sales Director Karlee Tanel.

It's an exciting time for the Warehouse District hotel.

Origin opened doors in the middle of the pandemic when tourism was at an all-time low. Things are now on the upswing.

"It's been a big help, as the big events, the games the concerts come back, we're seeing a huge influx in reservations, which is so encouraging and it's finally feeling like normal again," said Tanel.

The last Dreamville was a record-breaking event. Hotels ran a near 97 percent occupancy rate when it was held in 2019.

"It definitely (was) our biggest weekend we ever had on a countywide level... in history," said Greater Raleigh President and CEO Dennis Edwards.

J. Cole's festival generated $4 million in visitor spending for the one-day event. This year, the festival will be held over two days.

"I don't know if I can say it's going to be double that, but it's certainly going to be much greater than $4 million for this year," said Edwards.