WTVD
By Tim Pulliam
PERSON COUNTY, N.C. (WTVD) -- The parents of 12-year-old Aviyon Partridge are speaking for the first time about their son's drowning on Memorial Day.

"This just still seems to be unreal," said Aviyon's mother, Tanillya Partridge. "I'm just waiting for somebody to pinch me and wake me up from this nightmare."

Aviyon and a relative hopped in the water and played in the designated area.

But as the family began to pack up for the day, they noticed their youngest son was in trouble.

"He saw Aviyon was doing his hands like this. He was gone. He went under water," Mrs. Partridge stated.

His parents said he could not swim and was not wearing a life jacket.

"I just constantly apologize to my son. For not making sure he had one on," Mrs. Partridge said.

"I always told him he had to carry my torch," Mr. Partridge stated. "I never imagined that he'd be gone before me. Take life jackets serious. Take safety serious."

Aviyon's death is the second child drowning this week in the Triangle.

The sixth-grader attended Roxboro Community School where counselors are helping teachers and students grieve a young man they said never met a stranger, and who was a gentle giant with a bright future.

"I never realized he brought so much joy to so many people. He was a special kid no doubt," Mrs. Partridge stated. "I don't ever want a mother or father to feel the way I feel"

Person County doesn't have a public pool where people can learn to swim.

Aviyon's family said that is part of the problem.

His mother wants to create a sportsplex in honor of Aviyon to give people that opportunity, but the county manager said the county lacks resources to build a public pool.

Aviyon will be laid to rest on Sunday at Lattisville Grove MBC, located at 1701 Jimmy Ed Road in Hurdle Mills, North Carolina.

The funeral begins at 2 p.m.

The family said there will be a special tribute to Aviyon on Saturday at 10:00 a.m. during a baseball game at Lucas Middle School.
Report a correction or typo
Related topics:
person countydrowningswimmingdeath investigation
Copyright © 2020 WTVD-TV. All Rights Reserved.
More Videos
From CNN Newsource affiliates
TOP STORIES 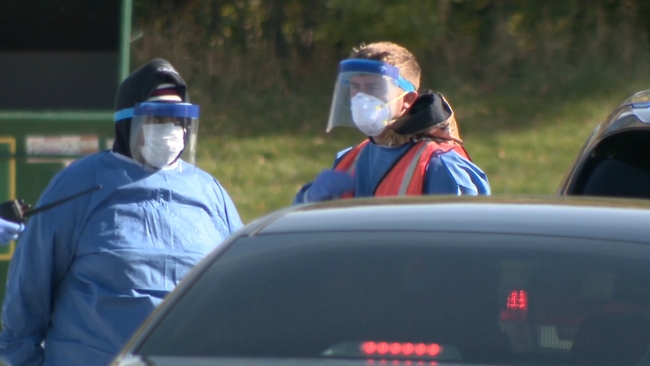