"I'm blind in the morning, basically," she said.

It's hard to open her eyes. They feel bruised. There's intense irritation and redness. She struggles to see throughout the day and her vision isn't any better at night.

"By the evening, I can't watch television or keep my eyes open because they just want to close. They feel so much better. They're so irritated," she said.

She keeps bottles of eye drops in different rooms of her Wake Forest home and also has several pairs of glasses sporadically placed.

Nance said most of her life she had perfect vision. She never had to wear glasses or contacts but is now part of a growing trend that optometrists are seeing. 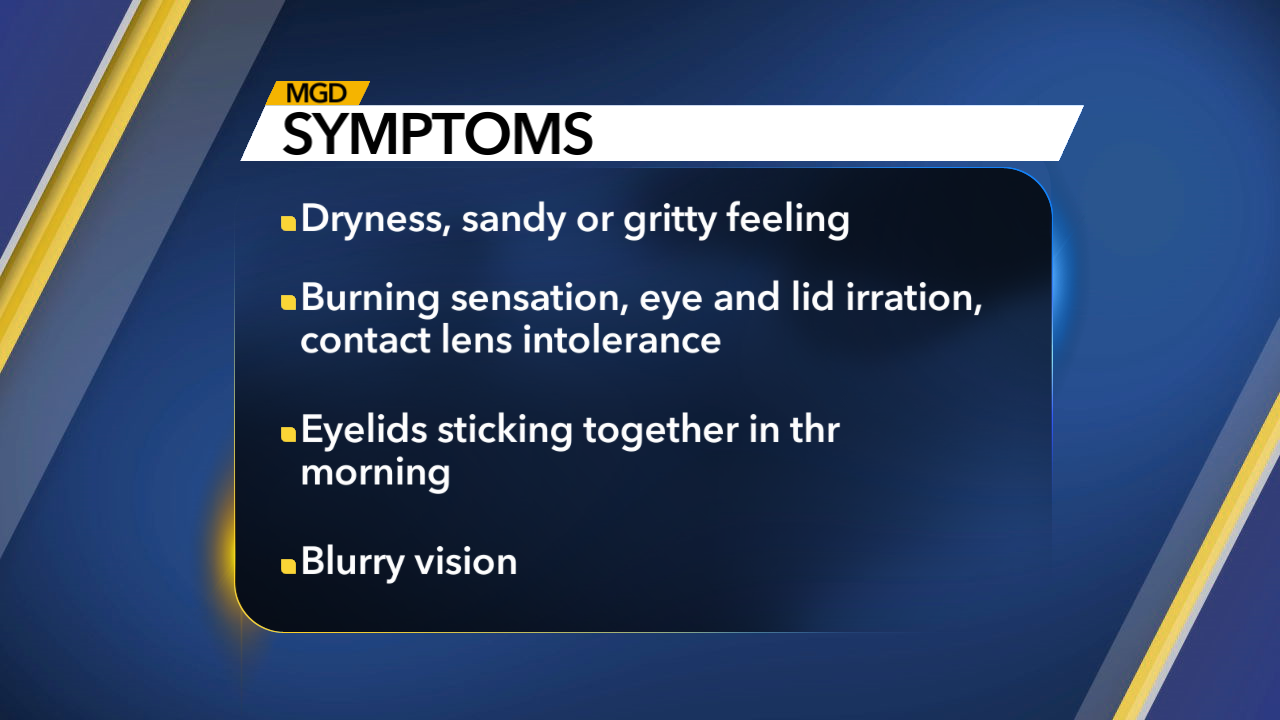 She was recently diagnosed with Meibomian Gland Dysfunction, more commonly known as MGD. Doctors said the condition is usual among older folks, but they are starting to see more cases and younger patients. Optometrists think it's because of our reliance on mobile devices.

"I had no idea what our eyes are actually doing when we're focused on a screen versus another human," said Nance, who works in marketing as a brand director.

She spends hours every day bouncing between her iPhone, Macbook and television.

"The beginning part of this year, I had to do nothing for my eyes and I took them for granted," Nance said. "Now, I have a lot of maintenance just to be comfortable."

Most of us have an affinity for our phones, if not full-blown dependence.

According to EMarketer.com, people are spending more time staring at their smartphones than watching TV and that time continues to increase.

The research group says the average American is spending more than three hours every day on their mobile devices and for teens, according to a different report, it's seven hours and 22 minutes.

Doctors believe when we're using these devices, our eyes are alert and glued.

"When we're on them, we blink a lot less and less completely," said Dr. Amorette Hanna of Stonehenge Vision Source. "The studies have shown about 60 percent less blinking on a digital device and you blink less completely."

The blink is what triggers the eyelid to secrete oils. Those oils coat the eye and allow us to see clearly without irritation.

If the oils are not being replenished and the glands dry out, there will be permanent damage.

"We can't go back in time and reverse things," Hanna said. "When those glands are lost, unfortunately, there's no way to get them back."

X-rays of Nance's eyelid show where the oils have evaporated.

"They're a lot shorter, they're a lot more dilated, that's is when the glands have been lost," Hanna said.

In a normal eyelid, the glands go straight down all the way to the lid.


There is one thing we can all do to prevent permanent damage. It's as simple as blinking.

"You want to take conscious breaks to do that," Hanna said.

Nance is now visiting her doctor every six weeks. They're trying out different things to manage the situation.

"This is something I'll have to deal with for the rest of my life. That was probably one of the most shocking things of it: learning I can't get those glands back," she said.

Nance has spent thousands of dollars just on eye drops. She turns to them 10 to 15 times a day to make it through.

"It's painful. It can be so painful," Nance said.

The mother of four, who originally thought she caught pinkeye from one of her kids, is searching for relief and hopes by speaking out, she'll spare others.