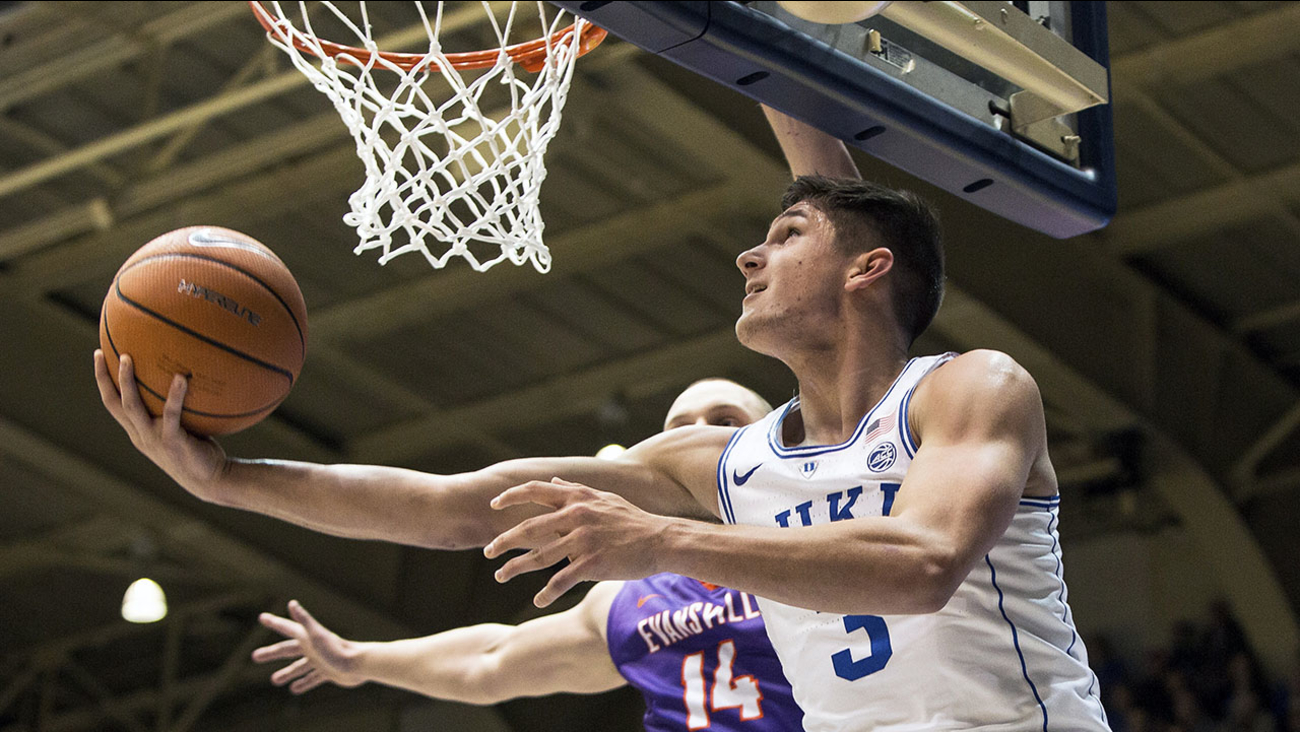 Marvin Bagley III added 18 points and Grayson Allen finished with 16 to help the Blue Devils (12-1) bounce back from their lone loss with one of their best defensive performances of the season.

Duke blocked nine shots, forced a season-best 21 turnovers and turned them into 39 points against a slow-paced Evansville team.

Dainius Chatkevicius had 12 points to lead the Purple Aces (10-3), who had their five-game winning streak snapped. Evansville entered allowing an average of 61.9 points per game. The Blue Devils nearly had that at halftime, leading 58-18 the break. 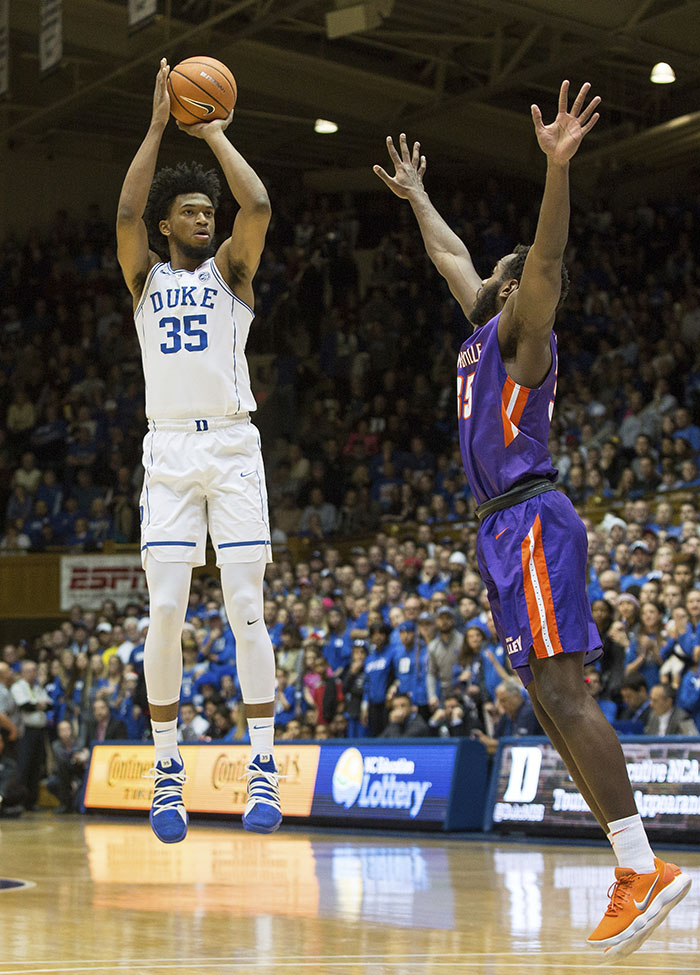 Duke's Marvin Bagley fires up a 3-pointer against Evansville.

Evansville: The Purple Aces like to play slowly - frequently milking the shot clock into the low teens or longer before taking their first shot or, more often, stumbling into a turnover - and that deliberate style worked against them as the Blue Devils methodically stretched their lead into the 20s and well beyond.

Duke: The Blue Devils had 11 days to stew on the loss that knocked them from No. 1. Duke allowed the Eagles to hit 15 3-pointers in that game, but clamped down against an Evansville team that makes 49.4 percent of its 3s - the best in Division I. Evansville was just 5 of 14 from long range.