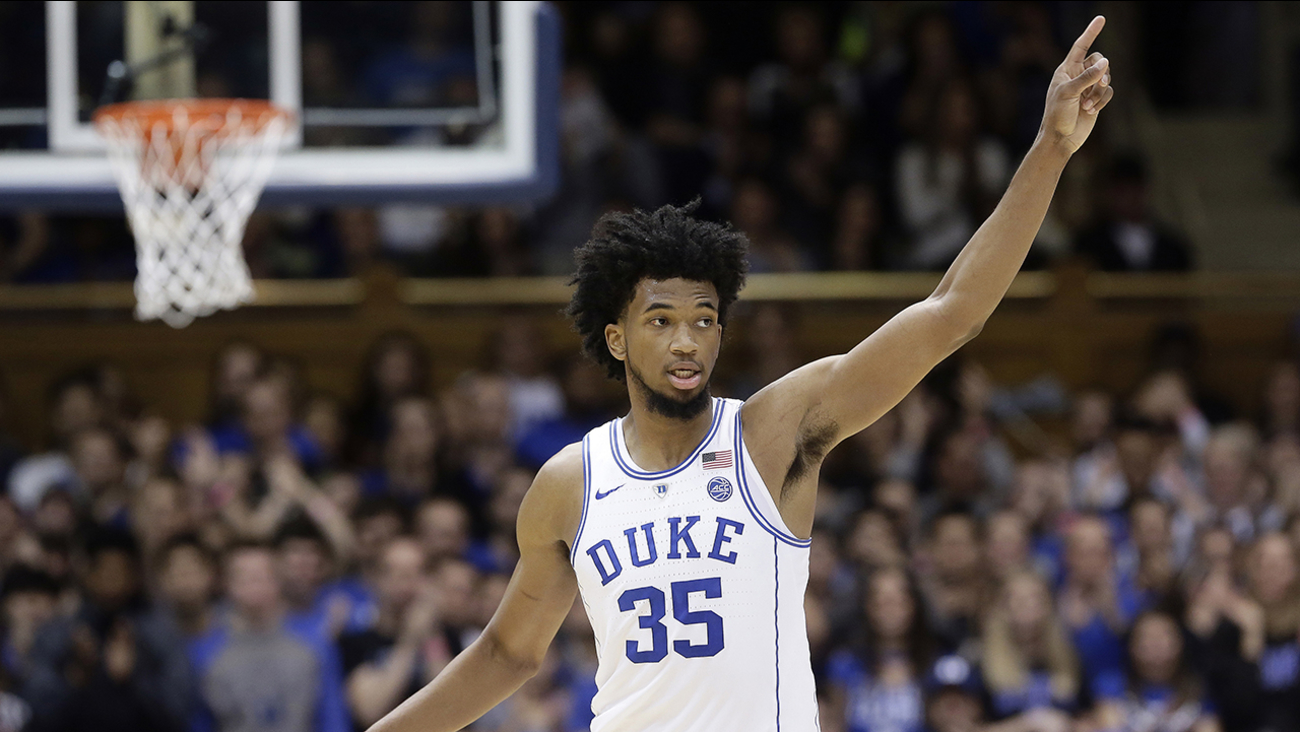 DURHAM, N.C. -- He dunked, he dished, he even hit a 3-pointer: Marvin Bagley III did everything he could to break the game open for top-ranked Duke.

Bagley III scored 24 points and the Blue Devils beat Furman 92-63 on Monday night in the on-campus round of the PK80.

The Blue Devils shot nearly 61 percent and outscored Furman 64-28 in the paint, and have won all four of their games at Cameron Indoor Stadium by at least 17 points.

Bagley did it all during the 28-10 run late in the first half that put this one out of reach, scoring 11 points in 2 minutes during that stretch. In addition to one of his authoritative dunks that already have become routine, he hit a couple of short jumpers and a layup, found Trevon Duval for a dunk and even made his second 3-pointer of the season. 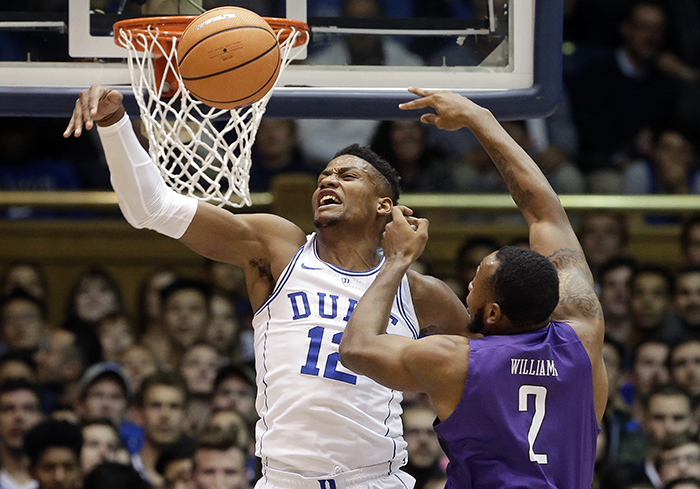 Tougher tests await this team in the coming days in Portland, Oregon - possibly from No. 7 Florida or No. 17 Gonzaga in a later round of the event marking Nike founder Phil Knight's 80th birthday.

This rout came after Duke strengthened its grip on the top spot in the AP Top 25, adding 20 more first-place votes to give the Blue Devils 54 of them - or, all but 11 of the 65 ballots cast.

Furman: A few Paladins were familiar with Cameron: Two senior starters, Davis and Daniel Fowler, also started here as freshmen in 2014 when the Blue Devils beat them by 39 . As a team, they acquitted themselves much better in this visit, even leading for almost 5 early minutes. The other 35 were pretty rough, though, and they kept Furman winless against Duke since 1951 - when both schools were in the Southern Conference.

"With the pressure, Duke really turned the pressure up, and our guys started to dribble the ball instead" of passing it around, coach Bob Richey said. "They started trying to take the ball out of the high post ... which basically kept us from cutting as much. ... We struggled to finish (and) it compounded itself when we didn't pass it and move it as well as we needed to."

Duke: After a bit of a sluggish start, the Blue Devils got back to looking more like their dominant selves than last time out, a rather sloppy 17-point victory three nights earlier against a winless Southern team. After that game, coach Mike Krzyzewski bemoaned his team's lack of practice time due to a busy week. No such issues this time.

There were plenty - Bagley's slick pass inside to Duval for a dunk - but one pretty sequence came midway through the first half when Marques Bolden blocked Clay Mounce's dunk attempt. That led to a fast break that ended with a corner 3 by Gary Trent Jr.

Bagley finished one point shy of a season high. . Duke captain Grayson Allen finished with a season-low five points on 2-of-9 shooting, only attempting two shots in the second half and not getting to the foul line at all. He made up for that with a season-best six assists.

Tip-off was delayed 15 minutes after a fire alarm in a second-floor men's restroom was tripped and the building was briefly evacuated, Duke spokesman Mike DeGeorge said. The alarm went off about an hour before the scheduled start time.

Furman: Faces New Hampshire on Friday in a PK80 game in Nashville, Tennessee.