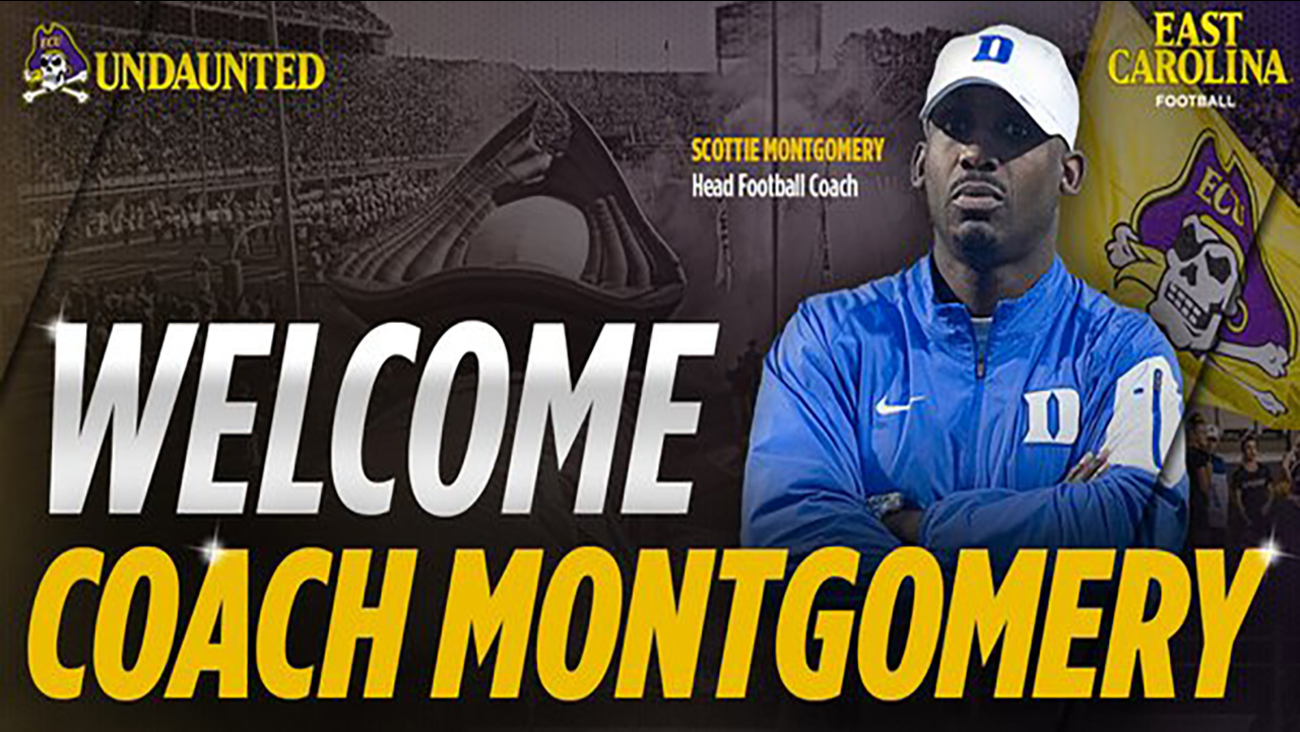 Athletic director Jeff Compher said in a statement, "Ten days ago I said that I was looking for someone who will be a fierce competitor, who will lead our football program to championships, while equally demanding academic success. As we worked through the entire search process, it became overwhelmingly clear that Scottie Montgomery possesses every attribute necessary to put our football program in a position to win championships and graduate our student-athletes. His foundation is his family and his character is exhibited through his reputation built by his unparalleled work ethic and the truly special relationships he develops with his players and coaches."

"While there was great interest by many during our search, the only offer we extended was based on Scottie's success, vision and desire to be a part of Pirate Nation. That made our decision a clear and resounding one."

He will be formally announced as the 21st head coach at a press conference Monday morning at 11 a.m. and begin his official duties Jan. 1, ECU officials said.

Montgomery will still serve as Duke's offensive coordinator in the Pinstripe Bowl vs Indiana on Dec. 26.

Montgomery spent two seasons running Duke's offense and coaching the quarterbacks. The 7-5 Blue Devils, who will take on Indiana Hoosiers in the New Era Pinstripe Bowl on Dec. 26, ranked 38th in the FBS in passing with 253.4 yards per game in 2015 under Montgomery's watch.

Montgomery was an All-ACC receiver for Duke from 1996 to 1999 and made his return to the program as a coach in 2006. After four years on the staff, he spent three years coaching the Pittsburgh Steelers' receivers before coming back to Durham, North Carolina, to run the Duke offense.

The 37-year-old spent three years in the NFL with the Denver Broncos and Oakland Raiders, totaling 160 yards on 16 catches with one touchdown.