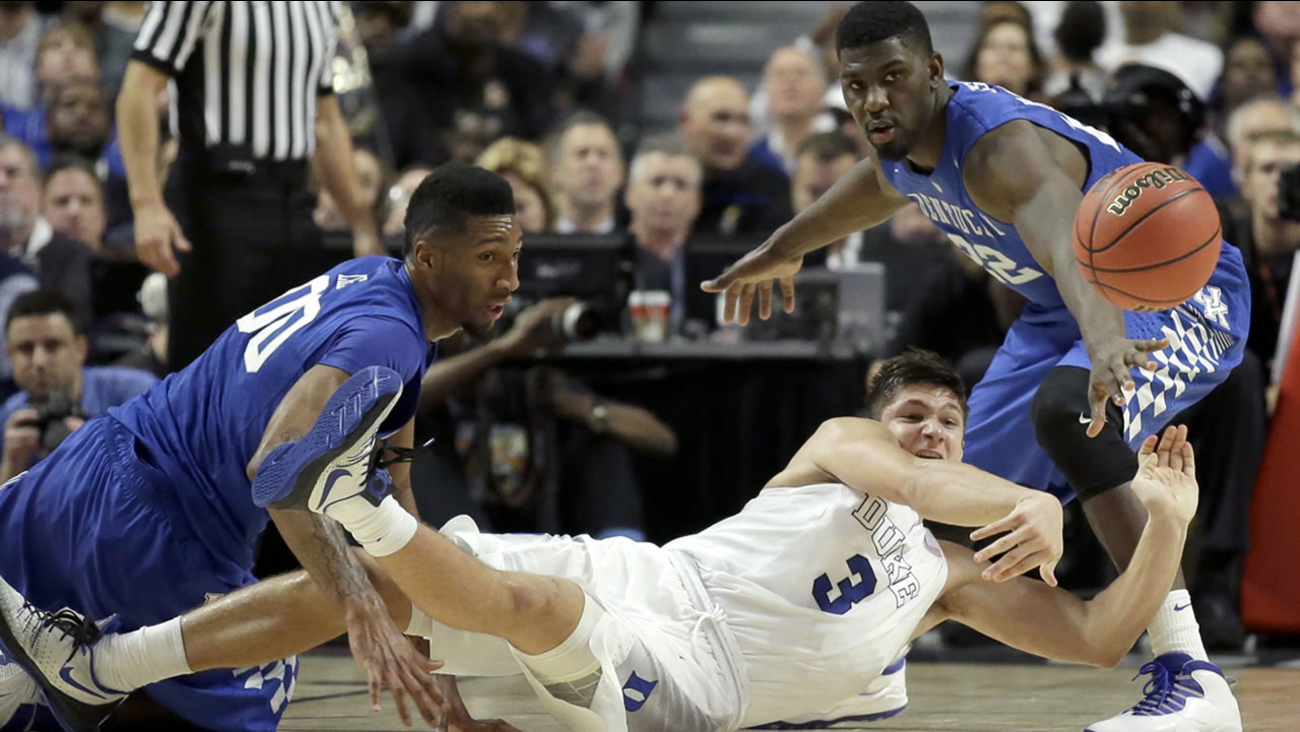 CHICAGO (WTVD) -- As it stands right now, Duke and Kentucky are the biggest dogs on the college basketball block, and it figures to stay that way given the ridiculous recruiting dominance that Mike Krzyzewski and John Calipari are currently enjoying. That made for a titanic early season showdown on Tuesday night. Recruiting battles are one thing, but victory on the court is the true measure of superiority. The Blue Devils won the title last year for the ultimate recent trump card, but it's a new season and Kentucky made an early statement in Chicago.