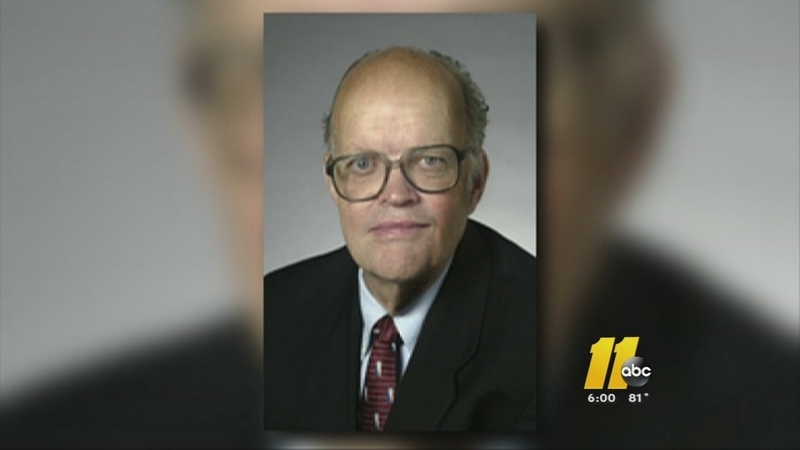 DURHAM (WTVD) -- Duke University and its students are taking strong stance on a professor's controversial comments regarding race in a national publication.

Students feel Professor Jerry Hough was disrespectful and insensitive when he left a comment on a New York Times editorial when he made references to "the blacks" and "the Asians." The Times piece was about racism and the Baltimore Riots.

"He represents the whole school in that one comment and that's not a good image for the school," said Duke student Virginue Marchand. "It's really inappropriate."

"You kind of want to be cautious, to make sure you don't offend anyone," said Duke student Xavi Ramos.

Hough, who is listed as a political science professor on Duke's website, also made comparisons to minority groups in America.

The University is responding and issued a statement.

"The comments were noxious, offensive, and have no place in civil discourse," said Duke Vice President for Public Affairs and Government Affairs Michael Schoenfeld. "Duke University has a deeply-held commitment to inclusiveness grounded in respect for all, and we encourage our community to speak out when they feel that those ideals are challenged or undermined, as they were in this case."

In April, the university vowed they wouldn't allow racial intolerance. A noose was found hanging in a tree. An unnamed undergraduate student was sanctioned.

"Given the big deal that it made, it's probably not the best idea to write that not even a month later," said Marchand.

ABC11 tried to speak with Hough in person about the comments, but he would only correspond through email, in which he said the following:

"Martin Luther King was my hero and I was a big proponent of all the measures taken at the time, including Affirmative Action. But the degree of integration is not what I expected, and it is time to ask why and to change our approach. I am, of course, strongly against the toleration of racial discrimination. I do not know what racial intolerance means in modern code words and hesitate to comment on that specific comment.

"The issue is whether my comments were largely accurate. In writing me, no one has said I was wrong, just racist. The question is whether I was right or what the nuanced story is since anything in a paragraph is too simple.

"I am strongly against the obsession with "sensitivity." The more we have emphasized sensitivity in recent years, the worse race relations have become. I think that is not an accident. I know that the 60 years since the Montgomery bus boycott is a long time, and things must be changed. The Japanese and other Asians did not obsess with the concentration camps and the fact they were linked with blacks as "colored." They pushed ahead and achieved. Coach K did not obsess with all the Polish jokes about Polish stupidity. He pushed ahead and achieved. And by his achievement and visibility, he has played a huge role in destroying stereotypes about Poles. Many blacks have done that too, but no one says they have done as well on the average as the Asians. In my opinion, the time has come to stop talking incessantly about race relations in general terms as the President and activists have advocated, but talk about how the Asians and Poles got ahead--and to copy their approach. I don't see why that is insensitive or racist."

Hough also told ABC11 that he is on leave now.

This editorial is what is wrong. The Democrats are an alliance of Westchester and Harlem, of Montgomery County and intercity Baltimore. Westchester and Montgomery get a Citigroup asset stimulus policy that triples the market. The blacks get a decline in wages after inflation.

But the blacks get symbolic recognition in an utterly incompetent mayor who handled this so badly from beginning to end that her resignation would be demanded if she were white. The blacks get awful editorials like this that tell them to feel sorry for themselves.

In 1965 the Asians were discriminated against as least as badly as blacks. That was reflected in the word "colored." The racism against what even Eleanor Roosevelt called the yellow races was at least as bad.

So where are the editorials that say racism doomed the Asian-Americans. They didn't feel sorry for themselves, but worked doubly hard.

I am a professor at Duke University. Every Asian student has a very simple old American first name that symbolizes their desire for integration. Virtually every black has a strange new name that symbolizes their lack of desire for integration. The amount of Asian-white dating is enormous and so surely will be the intermarriage. Black-white dating is almost non-existent because of the ostracism by blacks of anyone who dates a white.

It was appropriate that a Chinese design won the competition for the Martin Luther King state. King helped them overcome. The blacks followed Malcolm X.