Though Duke and UNC are struggling, rivalry remains special 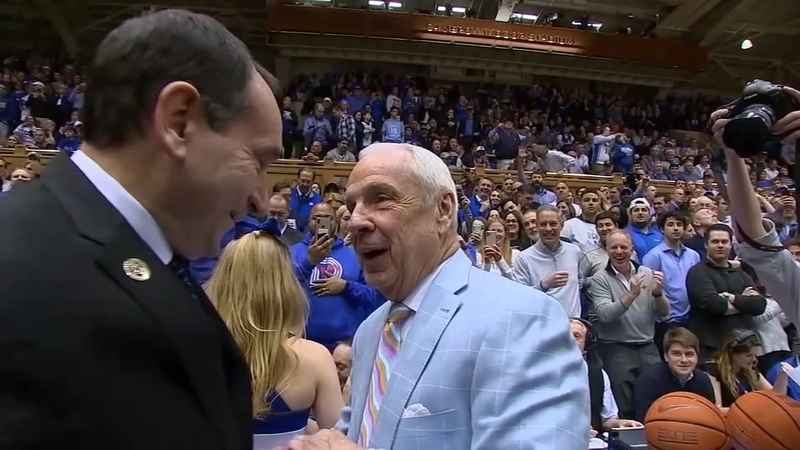 Though both teams are down, coaches know UNC-Duke still special

Therein lies the rub. There's a stat that defines this week: This will be the first Duke-Carolina game in 61 years where neither team is ranked.

"It'll always be intense because it's Duke and North Carolina, but you're right. We have some wounds we're trying to get them healed and some problems we're trying to get fixed," UNC coach Roy Williams said. "I don't want to speak for Mike's team, but I would assume that they have those same kind of things that we do. Just trying to get better every day and then all of a sudden, wow, we're getting ready to play Duke."

Not only will this Saturday's game be lacking the quality of teams we're used to, it will also be absent the pageantry. No K-Ville, no Crazies, no palpable buzz.

Got a great answer from K earlier when I asked about how this game seems vastly diminished compared to normal Duke-UNC showdowns pic.twitter.com/YJ5pZ05ITz

"How lucky have I been to be able to take a little walk out of my locker room, and you come in and boom!" Krzyzewski smiled. "The buzz you know, the energy that you get from a crowd like that. I miss it more for our school. It's our little Woodstock, so to speak."

All that said, there is no denying the weight of history every time these two teams meet. The battles, the blood. The stage is the stage. Even amid middling seasons, there is appreciation.

"When the stakes are the highest, those are the games that I remember the most, last game of the year for a conference championship, or the who's-going-to-get-a-No. 1-seed," Williams said.

Krzyzewski said he learned to appreciate the privilege of coaching in the rivalry in the latter years of Dean Smith's tenure. He and Williams share the same feeling of gratitude.

Duke-Carolina version No. 253. It may not be as shiny as normal, but it's still the shiniest game in the sport. Just ask Krzyzewski.

"All I know is that if you're a Duke or a Carolina fan, when the game's being played, it will be really important," he said. "It may not be important today. But at six o'clock on Saturday, it will be very important."