An apartment complex in the 200 block of Rippling Stream Road in Durham caught on fire twice overnight.

Around 10 p.m., emergency crews were first called to the Seven Oaks Apartments in the 200 block of Rippling Stream Road, off North Roxboro Street. When they arrived, heavy smoke and flames were seen coming from the first-floor windows of an apartment.

The fire appeared to be under control in about 10 minutes and the damage was limited to one apartment after a resident left food unattended on a stove, according to officials.

However, around 1:30 a.m., a neighboring resident told ABC11 that the fire still seemed to be burning and then the entire building suddenly went up in flames.

"There was a smell, and by the time we got upstairs it was smoking real bad, so I just told my kids to get out," resident Benson Deravil said.

The flames engulfed the building, destroying the roofs of six apartments and causing severe water damage to five more.

Investigators said the second fire was apparently caused by a smoldering piece of material that fell into a damaged piece of air conditioning duct work during the first fire.

There were no injuries in either fire, but 20 adults and six children have been displaced. 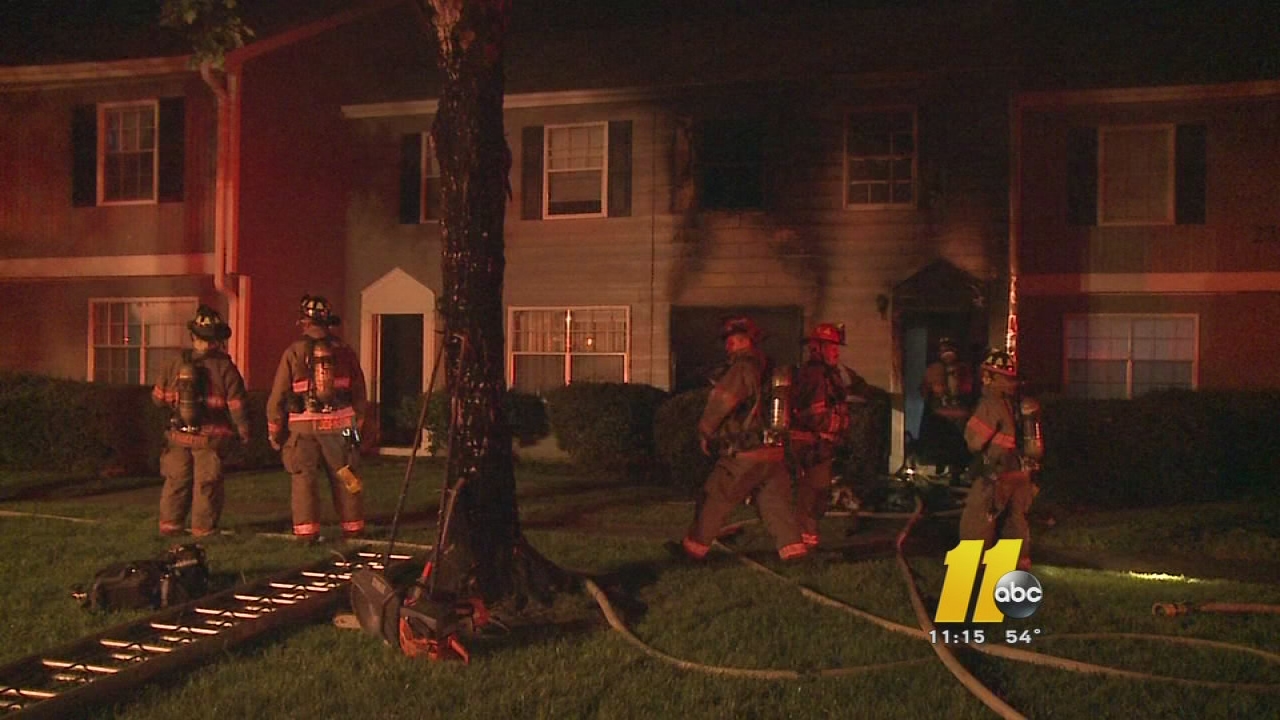