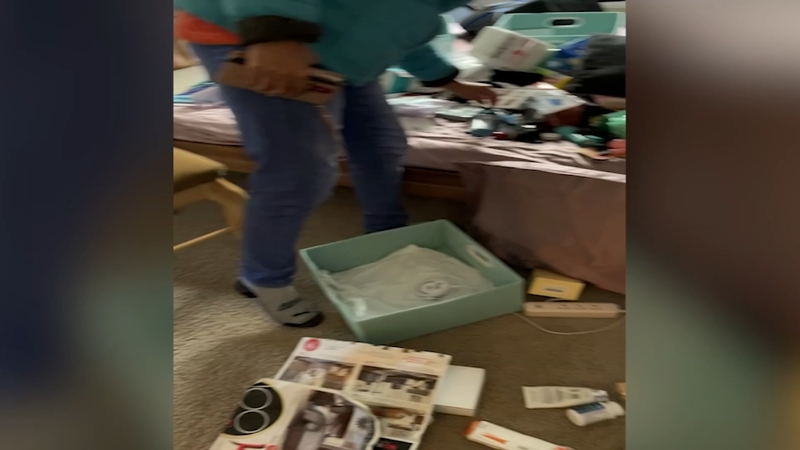 Exclusive: Second woman speaks out after 5 robbed in home invasion

DURHAM, N.C. (WTVD) -- Another victim in the armed robbery near Duke University is speaking exclusively to ABC11.

The invasion happened Saturday night after she and her friends had just returned home from the Duke at UNC basketball game.

"I saw the gun being held at my friend's head," The woman said. "I wanted to cry at that time but no tears were coming out because of fear. We were just praying to God. By the time I could even process anything, they had like opened the door. Pushed us in. They came in. Locked the door. Made us all get on the floor."

The crime happened at Belmont Apartments, a gated community near Duke University.

All five victims, three women and two men who were already inside the apartment lay helpless as the robbers swiped their phones, laptops, and credit cards.

The woman said she didn't get a look at the thieves.

The suspects got away with one of the victim's vehicles: A light blue BMW sedan with the tag number: HKS-9723.

"They put me and one of my other friends in the closet. They put another friend of mine under a table in my room. And two other people in the other room," the woman said.

During the robbery, the woman says they also managed to get $6,000 from an ATM out of her victim's bank account. She said the bank will give her the money back.

"They said it might be a while, but I should get all the money back," she said.

"This incident is very concerning to us and we empathize with the victims of this horrible ordeal and share our resident's concern. We are working with the Durham Police Department to assist in their investigation however we can. We are also working with the police as well as our private security company to make sure we are taking the appropriate steps to keep our residents safe."