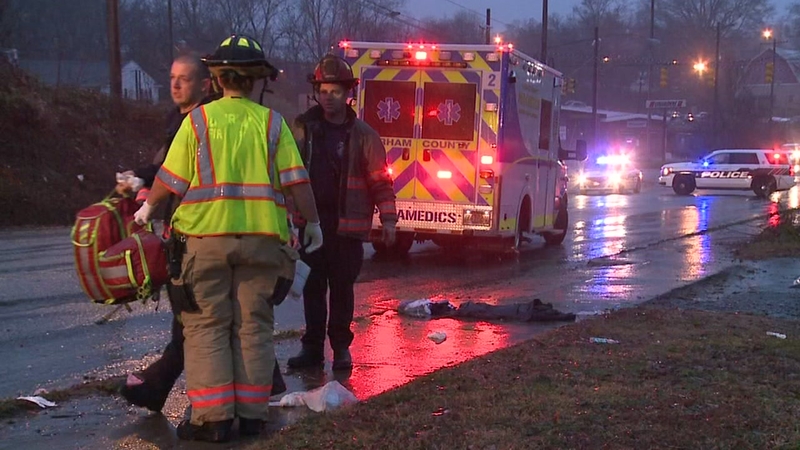 The victim has been identified as 59-year-old Tommy Chance of Durham.

Chance was struck by a 2005 Pontiac Grand Am.

Video surveillance shows the driver of that car, Derek Lee Underwood, 32, of Durham, stopped briefly after hitting Chance but then continued on North Alston Avenue.

Police said Underwood returned to the scene hours later in a different vehicle and stated he thought he hit a deer.